The Temple of Artemis (Greek: Ἀρτεμίσιον, or Artemision), also known less precisely as Temple of Diana, was a Greek temple dedicated to a goddess Greeks identified as Artemis that was completed, in its most famous phase, around 550 BC at Ephesus (in present-day Turkey). Though the monument was one of the Seven Wonders of the Ancient World, only foundations and sculptural fragments of the temple remain. There were previous temples on its site, where evidence of a sanctuary dates as early as the Bronze Age. The whole temple was made of marble except for the roof.

The temple antedated the Ionic immigration by many years. Callimachus, in his Hymn to Artemis, attributed the origin of the temenos at Ephesus to the Amazons, whose worship he imagines already centered upon an image. In the seventh century the old temple was destroyed by a flood. The construction of the "new" temple, which was to become known as one of the wonders of the ancient world, began around 550 BC. It was a 120-year project, initially designed and built by the Cretan architect Chersiphron and his son Metagenes, at the expense of Croesus of Lydia.

Artemis was the Greek goddess, the virginal huntress and twin of Apollo, who replaced the Titan Selene as Goddess of the Moon.

At Ephesus a goddess whom the Greeks associated with Artemis was passionately venerated in an archaic icon. The original was carved of wood, with many breast-like protuberances apparently emphasizing fertility over the virginity traditionally associated with the Greek Artemis. Like Near Eastern and Egyptian deities (and unlike Greek ones), her body and legs are enclosed within a tapering pillar-like term, from which her feet protrude.

On the coins minted at Ephesus, the many-breasted Goddess wears a mural crown (like a city's walls). She rests either arm on a staff formed of entwined serpents or of a stack of ouroboroi the eternal serpent with its tail in its mouth. Like Cybele, the goddess at Ephesus was served by hierodules called megabyzae, and by maidens (korai).

The first shrine to the Goddess Artemis was probably built around 800 B.C. on a marshy strip near the river at Ephesus. The Ephesus Goddess Artemis, sometimes called Diana, is not the same figure as the Artemis worshipped in Greece. The Greek Artemis is the goddess of the hunt. The Ephesus Artemis was a goddess of fertility and was often pictured as draped with eggs, or multiple breasts, symbols of fertility, from her waist to her shoulders.

The shrine was destroyed and rebuilt several times over the next few hundred years. By 600 B.C., the city of Ephesus had become a major port of trade and an architect named Chersiphron was engaged to build a new large temple. He designed it with high stone columns. Concerned that carts carrying the columns might get marred in the swampy ground around the site, Chersiphron laid the columns on their sides and had them rolled to where they would be erected. This temple didn't last long. In 550 B.C. King Croesus of Lydia conquered Ephesus and the other Greek cities of Asia Minor. During the fighting, the temple was destroyed. Croesus proved himself a gracious winner, though, by contributing generously to the building of a new temple. This was next to the last of the great temples to Artemis in Ephesus and it dwarfed those that had come before. 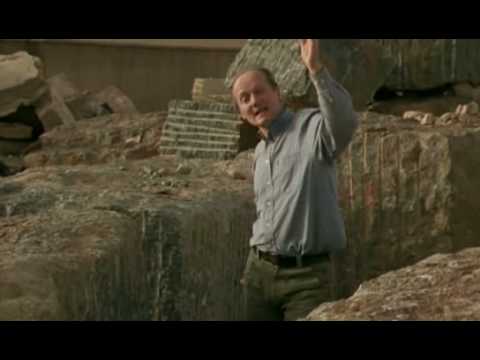 View other events that happened in 550 BC