He was the founder of the Persian Empire under the Achaemenid dynasty.

It was under his own rule that the empire embraced all previous civilized states of the ancient Near East, expanded vastly and eventually conquered most of Southwest Asia and much of Central Asia, from Egypt and the Hellespont in the west to the Indus River in the east, to create the largest empire the world had yet seen.

This is a replica of a Bas-Relief found in Pasargade, the capital city of Persia founded by Cyrus. It depicts Cyrus the Great ( 580-529 BC).

Cyrus was the first Achaemenian Emperor of Persia, who issued a decree on his aims and policies, later hailed as his charter of the rights of nations. Inscribed on a clay cylinder, this is known to be the first declaration of Human Rights, and is now kept at the British Museum. A replica of this is also at the United Nations in New York.

The Bas-relief shown here by Lewis Batros, a Sydney Artist, was put up at Sydney's Bicentennial Park, October 1994, through the efforts of the Australian Iranian community with donations from all over the world and contributions from the NSW Local Government. 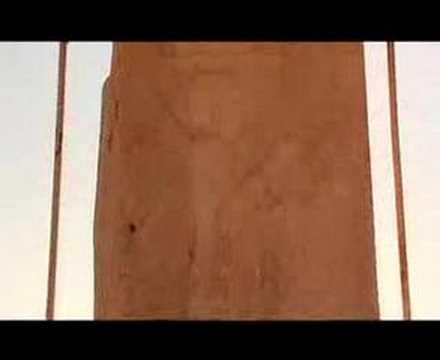 View other events that happened in 547 BC