In the context of Ancient Greek art, architecture, and culture, Hellenistic Greece corresponds to the period between the death of Alexander the Great in 323 BC and the annexation of the classical Greek heartlands by Rome in 146 BC. Although the establishment of Roman rule did not break the continuity of Hellenistic society and culture, which remained essentially unchanged until the advent of Christianity, it did mark the end of Greek political independence. This article focuses on the history of 'Greece proper' (effectively the area of modern Greece) during this period.

During the Hellenistic period the importance of Greece proper within the Greek-speaking world declined sharply. The great centers of Hellenistic culture were Alexandria and Antioch, capitals of Ptolemaic Egypt and Seleucid Syria respectively. Cities such as Pergamon, Ephesus, Rhodes and Seleucia were also important, and increasing urbanization of the Eastern Mediterranean was characteristic of the time.

In spite of the political turbulence and chaos of the fourth century BC, Greece was poised on its most triumphant period: the Hellenistic age. The word, Hellenistic, is derived from the word, Hellene, which was the Greek word for the Greeks. The Hellenistic age was the "age of the Greeks; during this time, Greek culture and power extended itself across the known world. While the classical age of Greece produced great literature, poetry, philosophy, drama, and art, the Hellenistic age "hellenized" the world. At the root of Hellenism were the conquests of Philip of Macedon and his son, Alexander. However, the Macedonians did more than control territory; they actively exported Greek culture: politics, law, literature, philosophy, religion, and art. This was a new idea, exporting culture, and more than anything else this exporting of culture would deeply influence all the civilizations and cultures that would later erupt from this soil: the Romans, the Christians, the Jewish diaspora, and Islam. 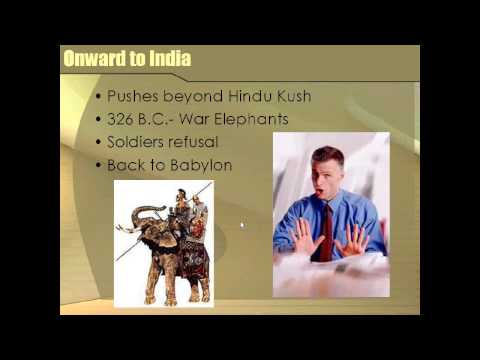 View other events that happened in 323 BC