The significant Late Neolithic and Early Bronze Age Cycladic culture is best known for its schematic flat female idols carved out of the islands' pure white marble centuries before the great Middle Bronze Age ("Minoan") culture arose in Crete, to the south. These figures have been stolen from burials to satisfy the Cycladic antiquities market since the early 20th century. Only about 40% of the 1,400 figurines found are of known origin, since looters destroyed evidence of the rest.

A distinctive Neolithic culture amalgamating Anatolian and mainland Greek elements arose in the western Aegean before 4000 BC, based on emmer wheat and wild-type barley, sheep and goats, pigs, and tuna that were apparently speared from small boats (Rutter). Excavated sites include Saliagos and Kephala (on Keos), which showed signs of copper-working. Each of the small Cycladic islands could support no more than a few thousand people, though Late Cycladic boat models show that fifty oarsmen could be assembled from the scattered communities (Rutter). When the highly organized palace-culture of Crete arose, the islands faded into insignificance, with the exception of Delos, which retained its archaic reputation as a sanctuary through the period of Classical Greek civilization (see Delian League).

Standard is a thick-walled, dark burnished ware. Typical shapes are bowls with rolled rims and horizontally pierced tubular lugs set well below the rim on the exterior, frying pans of the so-called "Kampos type" [straight side decorated with one or more incised lines framing spirals; rectangular handle with crossbar; main circular field decorated with incised running spirals around a central star], and cylindrical pyxides. Incised pottery is common in tombs but relatively rare in the settlement pottery from Grotta.

The Cyclades, a group of islands in the southwestern Aegean, comprises some thirty small islands and numerous islets. The ancient Greeks called them kyklades, imagining them as a circle (kyklos) around the sacred island of Delos, the site of the holiest sanctuary to Apollo. Many of the Cycladic Islands are particularly rich in mineral resources—iron ores, copper, lead ores, gold, silver, emery, obsidian, and marble, the marble of Paros and Naxos among the finest in the world. Archaeological evidence points to sporadic Neolithic settlements on Antiparos, Melos, Mykonos, Naxos, and other Cycladic Islands at least as early as the sixth millennium B.C. These earliest settlers probably cultivated barley and wheat, and most likely fished the Aegean for tunny and other fish. They were also accomplished sculptors in stone, as attested by significant finds of marble figurines on Saliagos (near Paros and Antiparos). In the third millennium B.C., a distinctive civilization, commonly called the Early Cycladic culture (ca. 3200–2300 B.C.), emerged with important settlement sites on Keros and at Halandriani on Syros. At this time in the Early Bronze Age, metallurgy developed at a fast pace in the Mediterranean. It was especially fortuitous for the Early Cycladic culture that their islands were rich in iron ores and copper, and that they offered a favorable route across the Aegean. Inhabitants turned to fishing, shipbuilding, and exporting of their mineral resources, as trade flourished between the Cyclades, Minoan Crete, Helladic Greece, and the coast of Asia Minor. 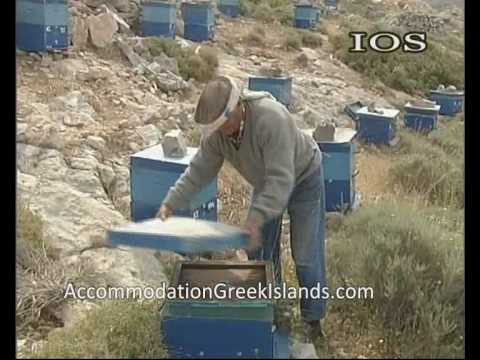 View other events that happened in 3000 BC