But even lying on the ground, it is a marvel.”

Travelers to New York City harbor see a marvelous sight. Standing on a small island in the harbor is an immense statue of a robed woman, holding a book and lifting a torch to the sky. The statue measures almost one-hundred and twenty feet from foot to crown. It is sometimes referred to as the "Modern Colossus," but more often called the Statue of Liberty.

This awe-inspiring statue was a gift from France to America and is easily recognized by people around the world. What many visitors to this shrine to freedom don't know is that the statue, the "Modern Colossus," is the echo of another statue, the original colossus that stood over two thousand years ago at the entrance to another busy harbor on the Island of Rhodes. Like the Statue of Liberty, this colossus was also built as a celebration of freedom. This amazing statue, standing the same height from toe to head as the modern colossus, was one of the Seven Wonders of the Ancient World.

From its building to its destruction lies a time span of merely 56 years. Yet the colossus of rhodes earned a place in the famous list of Wonders. "But even lying on the ground, it is a marvel", said Pliny the Elder. The Colossus of Rhodes was not only a gigantic statue. It was rather a symbol of unity of the people who inhabited that beautiful Mediterranean island -- Rhodes. 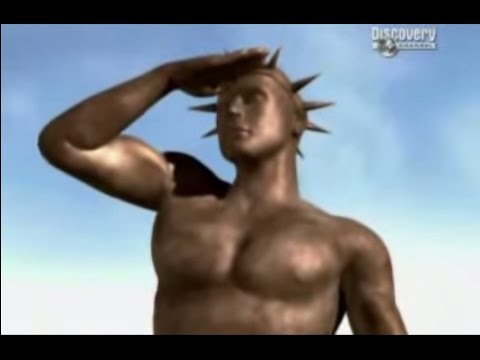 View other events that happened in 292 BC