The Great Wall of China (simplified Chinese: 长城; traditional Chinese: 長城; pinyin: Chángchéng; literally "long fortress" or simplified Chinese: 万里长城; traditional Chinese: 萬里長城; pinyin: Wànlǐ Chángchéng; literally "The long wall of 10,000 Li (里)") is a series of stone and earthen fortifications in northern China, built originally to protect the northern borders of the Chinese Empire against intrusions by various nomadic groups such as the Xiongnu from the north and rebuilt and maintained between the 5th century BC and the 16th century. Since the 5th century BC, several walls have been built that were referred to as the Great Wall. One of the most famous is the wall built between 220–206 BC by the first Emperor of China, Qin Shi Huang. Little of that wall remains; the majority of the existing wall was built during the Ming Dynasty.

The Great Wall stretches from Shanhaiguan in the east to Lop Nur in the west, along an arc that roughly delineates the southern edge of Inner Mongolia. The most comprehensive archaeological survey, using advanced technologies, has recently concluded that the entire Great Wall, with all of its branches, stretches for 8,851.8 km (5,500.3 mi). This is made up of 6,259.6 km (3,889.5 mi) of sections of actual wall, 359.7 km (223.5 mi) of trenches and 2,232.5 km (1,387.2 mi) of natural defensive barriers such as hills and rivers.

The history of the construction of the Great Wall of China can be dated back to the Western Zhou Dynasty (11th century BC - 771 BC). But the Great Wall at that time was only a line of fortresses standing to defend against attacks from the Yanyun (an ancient nomadic tribe in north China). The Period of the Warring States (476 BC - 221 BC) was an era when the seven states (Qi, Chu, Yan, Han, Zhao, Wei, Qin) were busy engaging in Great Wall construction for self-defense. Instead of one line, their walls stretched in the four directions and varied in length from several hundred miles to one or two thousand miles. 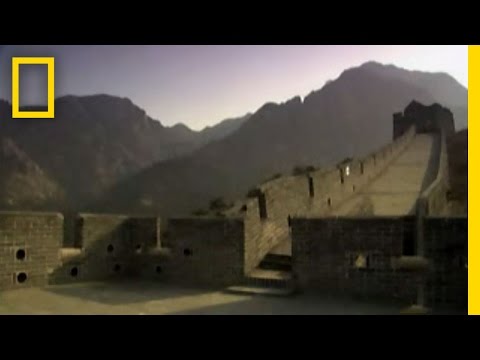 View other events that happened in 220 BC