In the Early Minoan period ceramics were characterised by linear patterns of spirals, triangles, curved lines, crosses, fishbone motifs, and such.

In the Middle Minoan period naturalistic designs such as fish, squid, birds, and lilies were common. In the Late Minoan period, flowers and animals were still the most characteristic, but the variability had increased. The 'palace style' of the region around Knossos is characterised by a strong geometric simplification of naturalistic shapes and monochromatic paintings. Very noteworthy are the similarities between Late Minoan and Mycenaean art. Frescoes were the main form of art during these time of the Minoan culture. These frescoes are basically the only record we have of the Minoan civilization.

Rather than associate absolute calendar dates for the Minoan period, archaeologists use two systems of relative chronology. The first, created by Evans and modified by later archaeologists, is based on pottery styles. It divides the Minoan period into three main eras—Early Minoan (EM), Middle Minoan (MM), and Late Minoan (LM). These eras are further subdivided, e.g. Early Minoan I, II, III (EMI, EMII, EMIII). Another dating system, proposed by the Greek archaeologist Nicolas Platon, is based on the development of the architectural complexes known as "palaces" at Knossos, Phaistos, Malia, and Kato Zakros, and divides the Minoan period into Prepalatial, Protopalatial, Neopalatial, and Post-palatial periods. The relationship among these systems is given in the accompanying table, with approximate calendar dates drawn from Warren and Hankey (1989).

It is a common architectural standard among the Middle Minoan 'palaces' that they are aligned with their surrounding topography. The MM palatial structure of Phaistos appears to align with Mount Ida, whilst Knossos is aligned with Juktas. These are orientated along a north-south axis. One suggested reason for this is the ritual significance of the mountain, where a number of Peak Sanctuaries (spaces for public ritual) have been excavated (i.e., Petsophas). The material record for these sites show clusters of clay figurines and evidence of animal sacrifice. 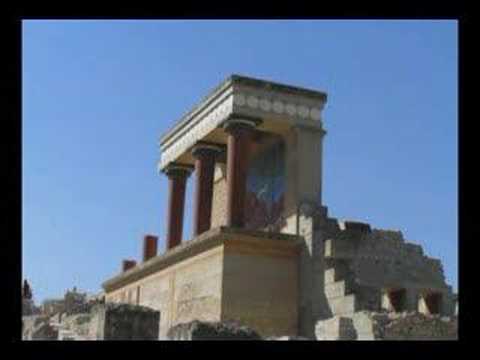 View other events that happened in 2160 BC