Costa Concordia Cruise Ship Runs Aground off the Coast of Tuscany

There were scenes of panic as the Costa Concordia hit a sandbar on Friday evening near the island of Giglio and listed about 20 degrees. Most people reached land by lifeboats but some swam to shore.

After charting an alternate course to sail closer to Giglio Island – a course that Costa Cruises denies it authorized – Schettino told investigators he “turned too late” to avoid rocks that some maritime experts say are uncharted but do show up on other nautical charts. In one animated mapping using nautical GPS positioning of the Concordia, the back half of the ship is shown grazing what is described as an exposed rock.

The Costa Concordia had about 4200 people on board. Eleven have been confirmed dead and January 20 reports said that 24 were missing. 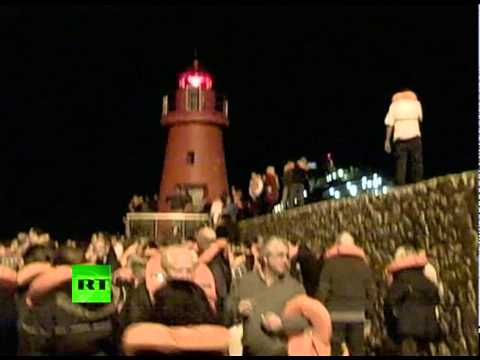