"It's over! Gaddafi is finished," yelled one fighter over a cacophony of celebratory gunfire across the Bab al-Aziziya compound, from where Gaddafi orchestrated eccentric defiance of Western powers and disdain for his own people for four decades.

Muammar Gaddafi, who seized power in Libya in a 1969 coup and whose Tripoli stronghold has been violently seized , was a leader with many guises. He was a Bedouin tribesman, a colonel and a self-styled revolutionary. He was an Arab and an African, a nationalist and a socialist, a Muslim, a poet and a would-be "philosopher king".

Planted joyously atop a gold-coloured bust of Muammar Gaddafi, a succession of dusty rebel boots on Tuesday symbolised not only the capture of his Tripoli headquarters but also the humiliating collapse of his power in Libya. 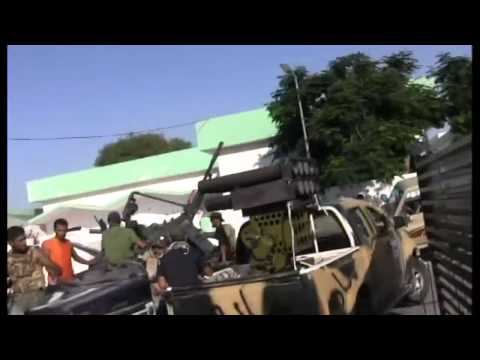