All Criminial Charges Against Strauss-Kahn Dismissed

The sexual assault prosecution of Dominique Strauss-Kahn had not even been dropped before the French Socialist party celebrations began.

Martine Aubry, who may be the party's candidate against Nicolas Sarkozy in nine months' time, described the New York court's decision as an "immense relief" and declared that "we were all waiting for this, for him to finally be able to get out of this nightmare". François Hollande, Mme Aubry's main rival, agreed that "a man with the abilities of Dominique Strauss-Kahn can be useful". And Harlem Désir, the party's interim general secretary, expressed satisfaction at a "happy outcome".

A pair of judges put an end Tuesday to the sensational sexual assault case against Dominique Strauss-Kahn, setting him free after prosecutors argued the hotel housekeeper accusing the French diplomat of sexual assault couldn't be trusted.

The world may now never learn if the seven-minute sex act performed on Mr Strauss-Kahn by Nafissatou Diallo on May 14 was merely an improper tryst with a married man, or a criminal attack on a vulnerable woman. 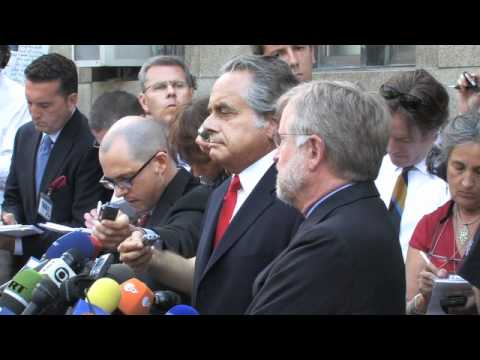