Anger over the government’s handling of the accident at the Fukushima nuclear plant has erupted in recent weeks after revelations that the damage at the plant, and the release of radioactive material, was far worse than previously thought.

Mothers worried for their children’s health, as well as farmers and fishermen angry about their damaged livelihoods, have been especially critical of the government of Prime Minister Naoto Kan.

Thousands of anti-nuclear protesters marched in Japan on Saturday, three months after an earthquake and tsunami triggered the worst nuclear disaster in 25 years, urging the government to cut reliance on atomic power.

Japanese protesters took to the streets Saturday to demand safer energy as the nation marked the three-month anniversary of an earthquake and tsunami that sparked the worst nuclear crisis in 25 years. 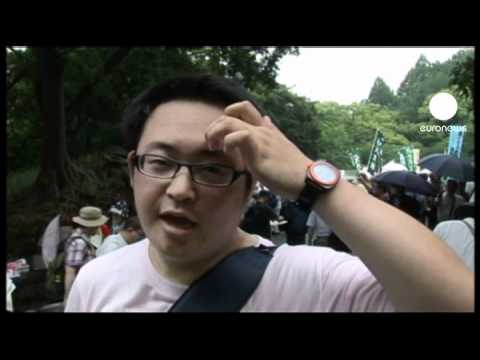