A no-fly zone versus a “no-drive’’ zone: That is the conflict emerging betwixt the duelling command structures of international military operations in Libya.

The no-fly zone refers to controlling the skies so that the Libyan air force — of which little apparently remains since Western powers launched bombing strikes and Tomahawk missile attacks a week ago — can’t resume brutal assaults against civilians in the rebellious east of the country.

Faced with a war-weary public and an overstretched military the US has provided the bulk of the military firepower for the early strikes on Libya, but politically it has been reticent, content to allow France and Britain take the lead. Nicolas Sarkozy finds himself in an unlikely position for a French president, applauded both by Washington neoconservatives and a majority of his own people for taking an unwavering stand against Gadafy.

The Obama administration is eager to transfer military command to NATO to portray the six-day-old operation as an international humanitarian mission, rather than a U.S.-led offensive in another Muslim country. 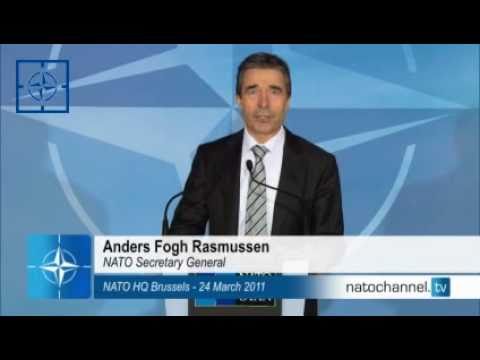