Yemen's president offered Monday to form a unity government with opponents who want him out of office — provided protests against him stop. Opposition swiftly rejected the gesture.

The Yemeni president is expected to announce a national unity government this week, sources in the government said Monday.

Yemeni President Ali Abdullah Saleh said in early February that he wouldn't seek another term in 2013, allaying some concerns about heredity rule in the country. Thousands of pro- and anti-government demonstrators continued their protests, however.

Yemen's opposition will not join a unity government expected to be offered by President Ali Abdullah Saleh, saying on Monday it was standing with popular demands for an end to his three-decade rule. 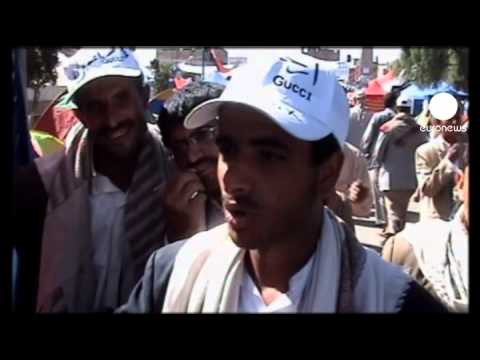