Scott Walker won’t take a call from the Democratic minority leader, but he’ll gladly make time for uber-fundraiser David Koch—or at least, someone he thinks is David Koch.

Ian Murphy, editor of the Buffalo's Beast website, managed to get the Wisconsin governor on the phone in just a few quick calls by impersonating Koch. In the resulting recording, Walker expounds on his plans to break the Democratic senators’ resistance, including stopping their paychecks, catching them in an ethics violations, and threatening to lay off public workers.

A prank caller pretending to be billionaire conservative businessman David Koch was able to have a lengthy conversation with Wisconsin Gov. Scott Walker about his strategy to cripple public employee unions, the governor's office confirmed Wednesday.

Wisconsin Governor Scott Walker had a 20-minute chat with David Koch, the billionaire financier and backer of conservative causes. Or so he thought.

Walker was actually talking to Ian Murphy, a journalist and editor of the Buffalo, N.Y., altweekly Buffalo Beast. On Wednesday, Murphy published the phone call, in which Walker speaks at length about his ongoing battle with unions and Democratic lawmakers over controversial legislation that would eliminate collective bargaining rights for most state workers. 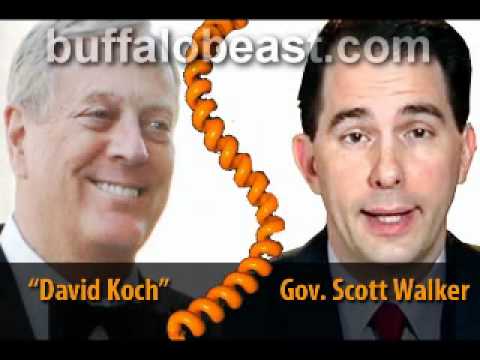 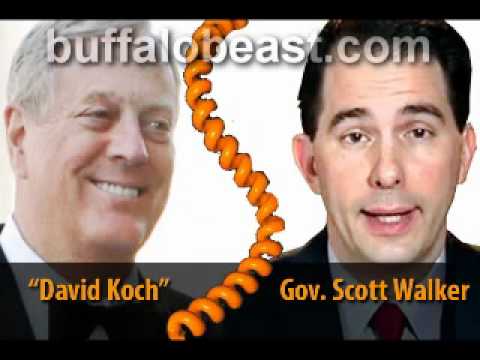 View other events that happened on February 23