Thousands of teachers, prison guards, and students descended on the Wisconsin Capitol for a second day today to fight a move to take union rights away from government workers.

The Statehouse filled with as many as 10,000 demonstrators, and Madison teachers joined the protest by calling in sick in such numbers that the district had to cancel classes. Republican Gov. Scott Walker is seeking passage of the nation's most aggressive anti-union proposal, which was moving swiftly through the GOP-led legislature.

MADISON, Wis. - Thousands of teachers, students and prison guards descended on the Wisconsin Capitol on Wednesday to fight a move to strip government workers of union rights in the first state to grant them more than a half-century ago, but Republican leaders said the changes they sought would not be made.

From the Madison School District:

Due to substantial concerns of excessive staff absences, the Madison School District is forced to close all of our schools to students on Wednesday, February 16, 2011. We regret having to make this decision, but with the significant percentage of staff members reporting absences for Wednesday we can not assure the safety of all students. 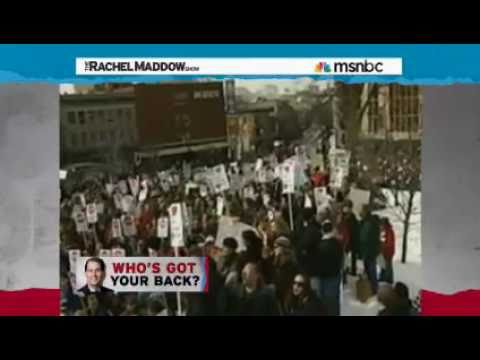 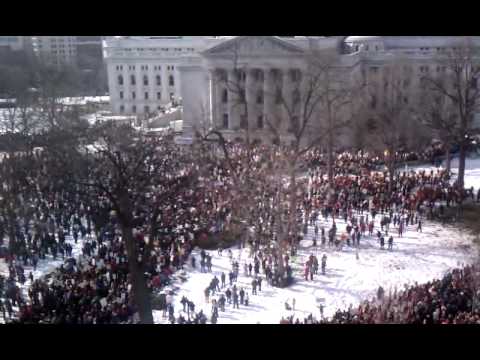