Via a Facebook group "Суббота на Болотной площади" (Saturday at Bolotnaya Square), a call was made for a mass protest against the government on Saturday 10 December.

Prior to the demonstration newspapers commented that tens of thousands of Facebook users had positively responded to invitations to demonstrate in Moscow, and, similarly, over 5,000 in St. Petersburg. A permit had originally been issued to the group Solidarnost for a legal demonstration of 300 people in Revolution Square. By 8 December, more than 30,000 had accepted the Facebook invitation to attend. After negotiations with the demonstrators an alternative location for a 30,000-person demonstration was authorized by the Moscow government for the demonstration which took place on 10 December on Bolotnaya Square. Prior to the demonstration, threats were made by Putin that police and security forces would be deployed to deal with anyone participating in illegal protests in Moscow or other cities; however, the event, when it took place, was peaceful and without attempts by the state to prevent or disrupt it. Rapper Noize MC and author Boris Akunin both agreed to address the crowds, the latter flying in specially from Paris for the occasion. Guerrilla theater by FEMEN and the circulation of a photoshopped image of Putin dressed as Muammar Gaddafi accompanied the protests.

Attempts to disrupt the protests and the organizations supporting them included repeated prank calls to Yabloko and Novaya Gazeta. Russia's chief public health official, Gennady Onishchenko, warned on Friday that protesters risked respiratory infections such as the flu or SARS. Warnings were issued that the police would be looking for draft dodgers at the protests. Students in Moscow were ordered to report Saturday during the time scheduled for the demonstration to an exam followed by a special class conducted by headmasters regarding "rules of safe behavior in the city." Opposition Twitter posts were spammed by a botnet and a YouTube video, Москва! Болотная площадь! 10 Декабря! (Moscow! Bolotnaya square! 10 December!), was posted of orcs storming a castle shouting, "Russia without Putin."

The Telegraph reported at 10:40 GMT that "Half an hour into what is likely to be Moscow's biggest demonstration since the fall of the Soviet Union, Russia's biggest state-controlled television station, Channel One, has no mention of the popular unrest on its website." Journalist Andrew Osborn noted a bad 3G telephone signal in Bolotnaya Square, asking "Wonder if they have deliberately shut off in protest area [sic]". The Guardian also reported that mobile internet had been "cut off" in the square.

The Moscow demonstration was generally peaceful ending in the afternoon with the singing of Viktor Tsoi's song "Peremen" meaning "Changes", a perestroika anthem from the 1980s. Reports of the demonstration including its large size and demands for new elections were carried on the evening news in Russia by state controlled media.

Police in Moscow estimated the protest numbers to be around 25,000, whilst the opposition claimed over 50,000 people were present during the demonstration. Other activists claimed as many as 60,000 protesters in Bolotnaya Square, Moscow. 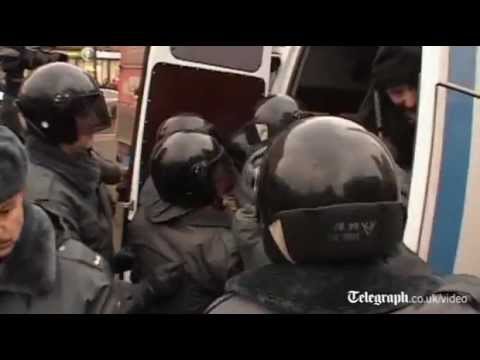 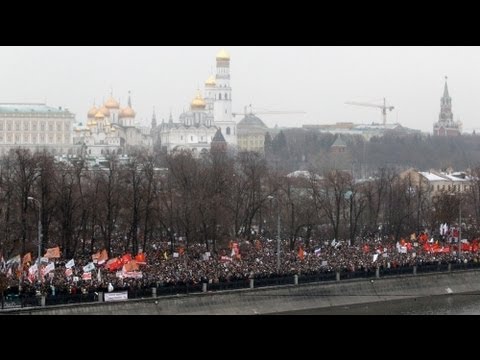 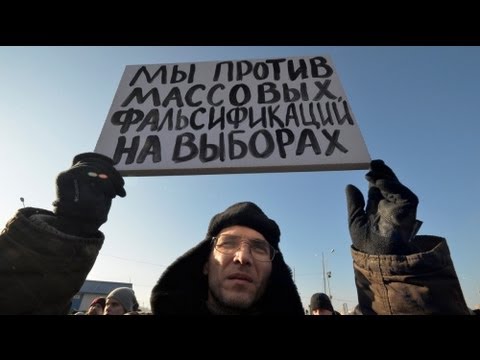