JOE FRAZIER is a country boy who lived by the old country adage that: "when you go to the big party, you dance with the one who brung ya." In Frazier's case it was a left hook.

But to classify Frazier as merely a "left hooker" would be like saying Marilyn Monroe was a blonde.

The son of a South Carolina sharecropper, he became a boxer by accident. He first went to a gym to work himself into shape. Shortly after, he began fighting competitively and became one of the best amateur heavyweights in the nation. He didn't lose until he ran into Buster Mathis, who decisioned him in the 1964 Olympic trials. But, Mathis suffered a hand injury and Frazier replaced him at the Summer Games in Tokyo and came home with a gold medal.

Joe Frazier had to throw his greatest punch to knock down "The Greatest."

A vicious left hook from Frazier put Muhammad Ali on the canvas in the 15th round in March 1971 when he became the first man to beat him in the Fight of the Century at Madison Square Garden.

"That was the greatest thing that ever happened in my life," Frazier said.

It was his biggest night, one that would never come again. his way out of Ali's shadow.

Frazier, who died Monday night after a brief battle with liver cancer at 67, will forever be associated with Ali. No one in boxing would ever dream of anointing Ali as The Greatest unless he, too, was linked to Smokin' Joe. 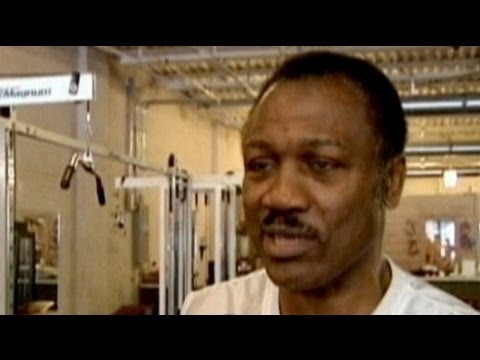