Gloria Stuart, a glamorous blond actress during Hollywood’s golden age who was largely forgotten until she made a memorable comeback in her 80s in the 1997 epic “Titanic,” died on Sunday at her home in Los Angeles.

Gloria Stuart, 100, a glamorous blond actress who starred in 1930s horror films and musicals before reviving a long-dormant career in 1997 with her Oscar-nominated performance as the older version of Kate Winslet's character, Rose, in the box-office smash "Titanic," died Sept. 26 at her home in West Los Angeles.

She had received a diagnosis of lung cancer several years ago, said her daughter Sylvia Thompson, who confirmed the death.

Gloria Stuart, a leading lady of the 1930s who enjoyed a career revival for her performance as Old Rose in 1997's "Titanic," died of respiratory faiure in her sleep at her Los Angeles home on Sunday. She was 100.

The spry, engaging actress became the oldest Oscar nominee when, at age 88, she was nominated as best supporting actress for her performance, for which she needed old-age makeup, as a Titanic survivor who returns to the site of the disaster. 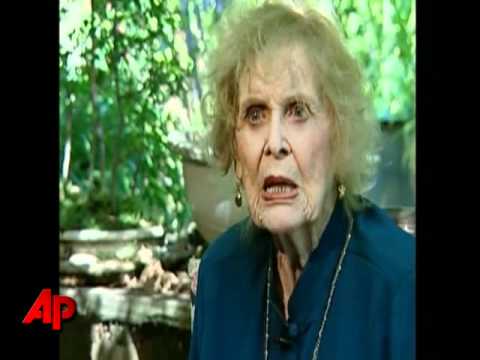