About 100 skinheads attacked crowds of revellers at a Russian rock festival yesterday, injuring 19 people, reports in the Russian media say.

The state-run Rossiya 24 television channel showed footage of large groups of bare-chested men with cropped hair running up to the entrance of the Tornado festival in the Urals city of Miass, about 850 miles east of Moscow.

More than one hundred young people attacked the audience at a music festival in central Russia on Sunday. Eleven people were taken to hospital. Police are questioning the suspected organizer of the mass fight. According to reports, the man became enraged and retaliated after local teenagers had been goading him. According to witnesses, the attackers were armed with clubs and sticks when they stormed the rock concert, which was being held at a youth summer camp in Miass. They began assaulting members of the crowd as well as police and security. Some 3,000 people were attending the festival when the attack took place. 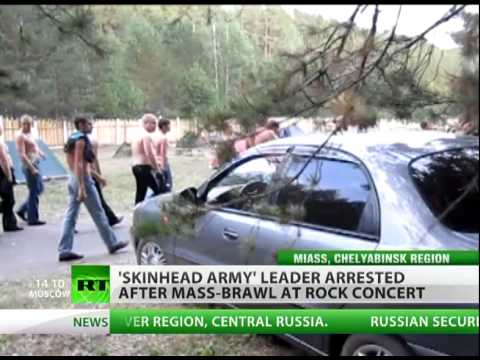 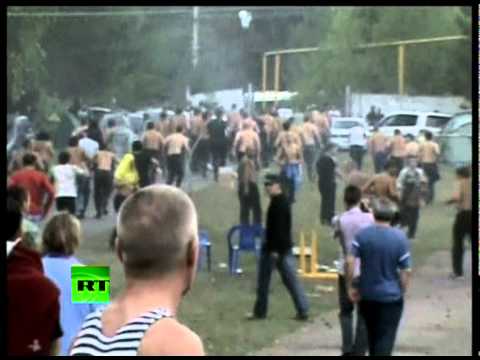