Jury in Rod Blagojevich Trial Indicates Agreement on Two Charges, Deadlock on Others

The federal jury in former Gov.

Rod Blagojevich's trial has reached a verdict on only two counts in the case and is deadlocked on others, U.S. District Judge James Zagel announced in court today.

The wire fraud counts largely deal with allegations that the former governor tried to sell the U.S. Senate seat vacated by President Barack Obama. But some also deal with charges that the head of Children's Memorial Hospital and the owner of a racetrack were improperly pressured to make campaign donations.

Jurors in the corruption trial of former Illinois Gov. Rod Blagojevich said Thursday that they have reached agreement on just two of 24 counts against him, and haven't even begun discussing 11 of the counts. The judge quickly said he would tell them to go back and deliberate more.

The exchange once again left the courtroom in a state of uncertainty, with lawyers and legal experts saying there is no way to know for sure how long the deliberations may go on — but some saying the apparent deadlocks on some counts were a good sign for Blagojevich and his co-defendant brother, Robert.

The 11 counts the jury has yet to discuss involve wire fraud. Most of them deal with FBI wiretap recordings and the allegation that Blagojevich tried to sell or trade President Barack Obama's old Senate seat.

The jurors did not say which two of the 24 counts they had agreed on, nor what their decision was. 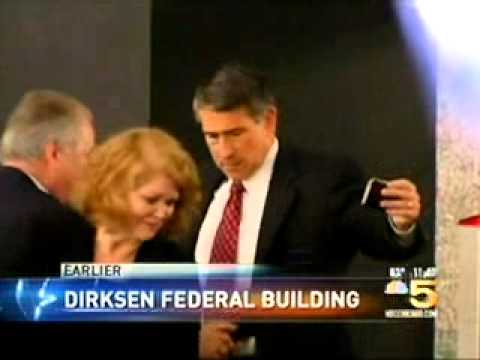