A summerlong trial that has provided more than its share of twists and turns offered one more Wednesday: a divided jury unable to reach a unanimous decision on at least some of the corruption counts against former Gov.

Rod Blagojevich or his brother, Robert.

Jurors sent U.S. District Judge James Zagel a note declaring that they had "gone beyond reasonable attempts to reach agreement" and couldn't decide unanimously on the 24 counts faced by the former governor and the four faced by his brother. "So now we look to you for guidance," the note asked of Zagel.

Jurors in the corruption trial of former Illinois governor Rod Blagojevich (D) have suggested in a note to the judge that they might be deadlocked on some counts.

The note, read in court Wednesday, said the jurors are asking for guidance if they can't reach a unanimous decision on at least some counts. They said they had made "a reasonable attempt" over 11 days of deliberations and did so "without rancor."

The jury indicated that it wanted to know what would happen if it cannot agree on a unanimous decision on every count.

U.S. District Judge James Zagel said he will send back a note asking the jury to clarify which counts it is undecided on. 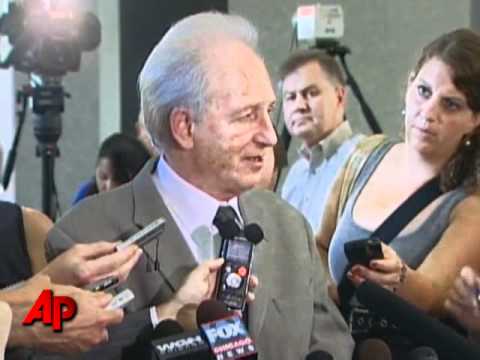