In the entire history of the PGA Tour, which dates to 1916, there had been a total of three official scores of 59, and none since 1999.

What in the name of titanium drivers and space-age golf balls is going on?

Australian Stuart Appleby on Sunday became the fifth player to shoot 59, making nine birdies and an eagle on the par-70 Old White course at the Greenbrier Resort to capture the first-year Greenbrier Classic by a stroke over Jeff Overton.

Stuart Appleby understands the scrutiny that might come with shooting a 59 on a par-70 course.

The Australian won the Greenbrier Classic on Sunday and became the fifth PGA Tour player to hit golf's magic number. His milestone came less than a month after Paul Goydos had a 59 at the John Deere Classic.

Appleby's 11-under round put him at 22 under, giving him a one-stroke victory to end a four-year winless drought. Third-round leader Jeff Overton (67) narrowly missed a long birdie try on the par-3 18th that would have forced a playoff.

Appleby had nine birdies and an eagle in his round on the Old White course. 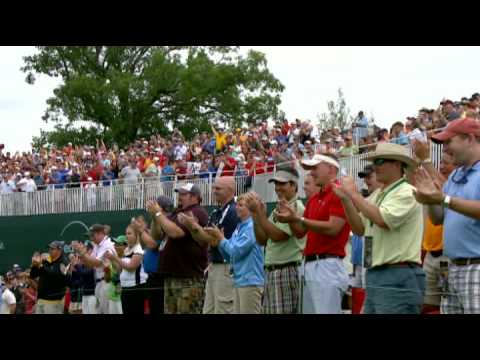 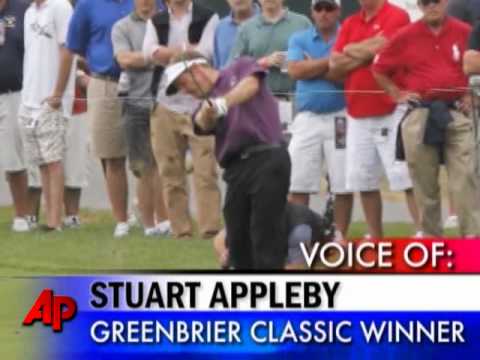