Wildfires in Russia have killed 50 people to date as record heat and drought continue to plague the heartland.

There are “signals” that the government may ban grain exports as early as Aug. 10, the Grain Union said.

Fires concentrated in central Russia and the Volga River region have scorched 712,412 hectares (2,751 square miles), an area about three times the size of Luxembourg, the Emergency Situations Ministry said in an e-mailed statement today. Crews are battling 589 fires on 195,834 hectares, the ministry said.

The Russian government warned on Thursday that the country's deadliest wildfires in nearly four decades posed a nuclear threat if they are not contained, as the death toll rose to 50 and the blazes continued to spread.

The worst heatwave in more than a century is set to intensify on Friday, with record temperatures of 40 celsius (104 fahrenheit) expected and to continue into the next week, weather forecasters said.

Prime Minister Vladimir Putin announced a ban on exports of grain and grain products from Aug. 15 until December, and his spokesman said it would apply also to contracts already signed.

Heavy downpours cooled the Russian capital after weeks of no rain and unprecedented heat, but dozens of wildfires still raged around Moscow on Friday and a new blaze was spotted near the country's top nuclear research center.

The city remains largely free of the clouds of suffocating smog that affected it earlier, but meteorologists say smoke from burning forests and peat bogs may choke the city over the weekend if the wind direction changes.

The Emergency Situations Ministry said its teams have managed to reduce the area covered by wildfires, but more than 500 are continuing to burn across the country, including 29 around Moscow. It said about 14,000 firefighters are battling blazes around the Russian capital.

The death toll from the disaster has reached 48, and seven regions are under a state of emergency.

Authorities are especially concerned about fires burning near a major nuclear research centre in Sarov.

Air pollution in Moscow has soared as the capital is blanketed in thick smoke from peat bog and forest fires.

Mr Medvedev, who was on his traditional summer break in the southern resort of Sochi, returned to the capital to chair an emergency meeting of the national security council on the crisis that was sparked by a heatwave. 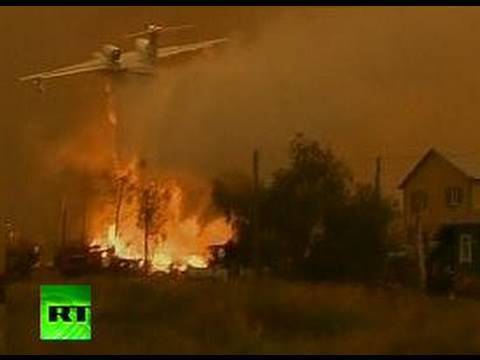 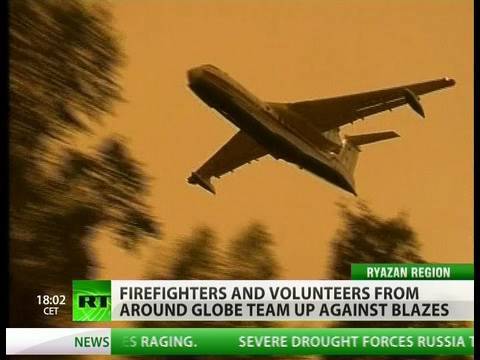 View other events that happened in July 2010