Why not just take that and do that for two years? Patti and I, we just move out to D.C.”

Two equally repugnant picks. If they [Madigan and Jackson] were both drowning and I could save one, I would save Jesse.”

Rod Blagojevich’s effort to find something for his wife, Patti, to do with her time apparently extended to his thinking about naming himself to the U.S. Senate to succeed Barack Obama.

Former Deputy Gov. Robert Greenlee testified that Blagojevich asked him to find out whether a sitting U.S. senator can have a wife who lobbies members of Congress. The governor pointed to then-U.S. Sen. Tom Daschle’s wife, Linda.

Greenlee said he found out it was generally all right for a Senator’s wife to lobby, with an exception. “It’s inappropriate to lobby the spouse themselves,” Greenlee testified.

In a phone call the jury just heard from Dec. 4, 2008, Rod Blagojevich’s thoughts on who he should appoint to succeed Barack Obama in the U.S. Senate continued to swirl around.

At the top of the list by then were U.S. Rep. Jesse Jackson Jr. and Illinois Atty. Gen. Lisa Madigan. There were political benefits and problems with each, and neither was a favorite with Blagojevich.

“Two equally repugnant picks,” Blagojevich said on the call. “If they were both drowning and I could save one, I would save Jesse.”

In the weeks leading up to the 2008 presidential election, Rod Blagojevich talked to Bob Greenlee about his options in naming a replacement for Barack Obama's Senate seat.

Greenlee goes down what has by now become a familiar list: Blagojevich talked about horse-trading to get himself an ambassadorship or a Health and Human Services cabinet position, considered naming Attorney General Lisa Madigan in exchange for political leeway with her father, House Speaker Mike Madigan, and talked about appointing himself to the seat.

On a recording, Blagojevich wants to know how the wife of former U.S. Sen. Tom Daschle landed a lucrative lobbying post and whether Patti Blagojevich can do the same.

Then-Deputy Gov. Robert Greenlee does some research and reports back.

"Spouses can lobby members of Congress, but they are not allowed to lobby their spouses themselves," Greenlee testified he explained to his then-boss, Blagojevich in the November, 2008 conversation.

The questioning of onetime Deputy Gov. Robert Greenlee moves to Children's Memorial Hospital. Blagojevich is accused of shaking down the hospital's CEO for a campaign contribution in exchange for authorizing state funding. When he didn't get his campaign contribution, he allegedly held up the funding.

Greenlee explained that in the fall of 2008, he met with the CEO of Children's Memorial Hospital and others to discuss state funding to help pay for a possible rate increase.

"As a result of that ... it would allow the hospital to provide more services to sick kids," Greenlee said. "One of our stated goals as an administration was to get health care to all children." 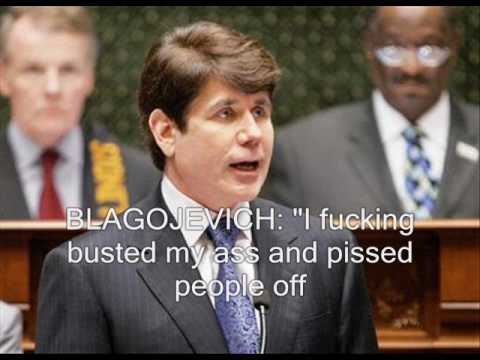