While the former governor waits to learn his fate in court, a ruling has been made on some of his possessions.Managers at a suburban Chicago storage facility say Rod Blagojevich owes them 100 thousand dollars, so they have no choice but to auction off his belongings. Among the items for sale is a life sized statue of Elvis Presley.

The space was originally rented in 2002 by Blagojevich's campaign committee.

The auction is set for August 14th. All proceeds will be donated to Chicago's Children's Memorial Hospital.

A life-size Elvis Presley statue belonging to Rod Blagojevich could be on the auction block soon because the former governor hasn't paid storage fees.

Boyer-Rosene Moving & Storage CEO Paul Lombardo said Monday everything in Blagojevich's seven storage units at the Arlington Heights facility will be auctioned off Aug. 14, if the governor doesn't pay over a year of missed payments.

Besides the Elvis statue, Lombardo couldn't say what else was in storage. Blagojevich has had the units for about eight years. The company says he owes at least $3,300. 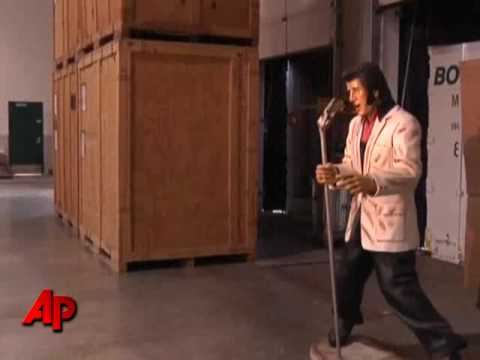