The South Korean and the United States military conducted joint naval manoeuvres off the Korean Peninsula for the second day Monday, reports said.

Authorities from both sides say the exercise, code-named Invincible Spirit, aims to send a strong warning to North Korea in the wake of the sinking of a South Korean navy corvette in March.

The aircraft-carrier USS George Washington, several guided-missile destroyers from both navies and more than 200 aircraft were enlisted for the four days of manoeuvres that include 8,000 personnel from the two allies.

South Korea and the United States are continuing with their joint naval exercise Monday in waters off the east coast of the Korean peninsula, a day after the allies begun a four-day naval exercise in the face of growing tensions in the region.

The two countries are conducting anti-submarine exercises involving the U.S. aircraft carrier USS George Washington, aimed at detecting and defeating submarines intruding into the seas east of the peninsula. 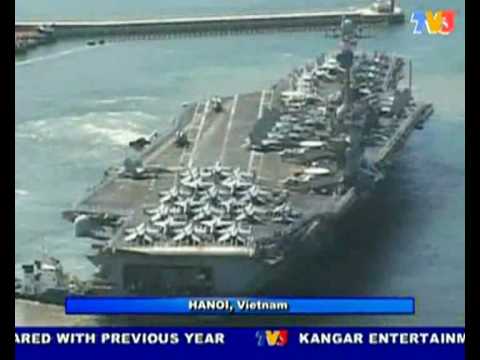