Both President Obama and Vice President Biden will travel to West Virginia on Friday to attend the funeral of Sen.

The Memorial Service and Celebration of Life for the 92-year-old senator will be at 11:30 a.m. Friday at the State Capitol in Charleston, W.Va.

Byrd's casket will be placed in the U.S. Senate chamber Thursday -- and we wouldn't be shocked if former senators Obama and Biden paid their respects then as well.

With the president, Vice President Joe Biden and other dignitaries on hand, pallbearers carried the late senator's casket down the red-carpeted steps of the Capitol to its main courtyard. The service honors the life and legacy of Byrd, who died Monday at the age of 92.

People stood atop curbs, craned their necks for a better view and clapped along with Appalachian music — Byrd was an accomplished fiddler — and the West Virginia National Guard's 249th Army Band playing John Denver's "Country Roads."

The memorial was held at the state capital in Charleston where Sen. Byrd's political career began in 1947.

Vice President Joe Biden and other leaders from across the nation were there.

President Barack Obama and Vice President Joe Biden will attend Sen. Robert Byrd's memorial service in Charleston, West Virginia, on Friday, the White House stated in a press release Tuesday.
Byrd, the longest-serving member of the U.S. Congress, died Monday at 92 years old. Byrd served for six years in the House before moving to the Senate, where he served nine terms.
Biden shared the Senate floor with Byrd for 36 years as a senator from Delaware from 1973 to 2009.
At an event on Monday, Biden said Byrd was "a very close friend of mine, one of my mentors -- a guy who was there when I was a 29-year-old kid being sworn into the United States Senate. Shortly thereafter -- [he was] a guy who stood in the rain, in a pouring rain, freezing rain outside a church as I buried my daughter and my wife before I got sworn in." 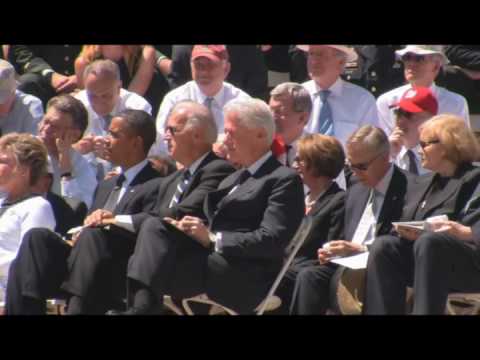 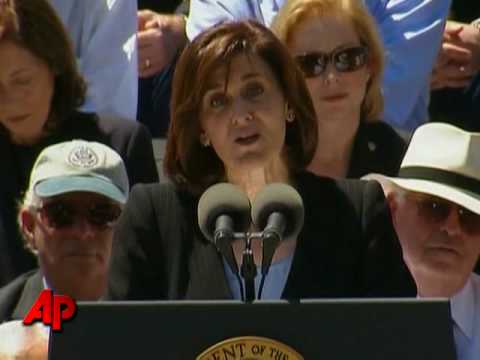