Crews on the Michael Bay-directed film will be filming in the traffic circle north of the Michigan Avenue bridge and surrounded by the Wrigley Building, 401 N. Michigan Ave., and Pioneer Court, the movie's location managers said in a release.

All businesses within the closure on Michigan Avenue will remain open during the filming, with crews assisting employees and shoppers with getting to their destinations.

The production of Transformers 3 in Chicago, announced last month, is expected to bring more than 200 jobs to the city. Since 1989, 900 films and TV productions have contributed more than 275,000 jobs and $1.6 billion to the local economy.

Chicago has been the backdrop for some pretty awesome movies. Some, like "Medium Cool" or "Ferris Bueller's Day Off", are inextricably Chicago flicks; others, like "Risky Business" or "The Dark Knight", just showed off the skyline.

Either way, the blockbusters keep coming back to the city. The next installment of the "Batman" series will shoot in 2011. "Transformers 3" has taken over downtown Chicago for the last few days, blocking off streets, trucking in debris and simulating explosions.

“Transformers 3” — the sci-fi action thriller filming in Chicago this summer — will pump $20 million into the local economy and create 200 jobs, including ten internships for inner-city students, Mayor Daley said today.

Joking about landing a walk-on roll, Daley welcomed producer Lorenzo Di Bonaventura to Chicago 30 years after the premiere of the landmark film, “The Blues Brothers.”

“Transformers 3” is scheduled to open in late June or early July of next year. It will film in Chicago from July 10 until Aug. 19. 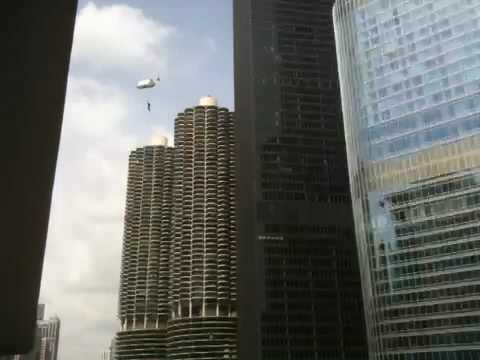 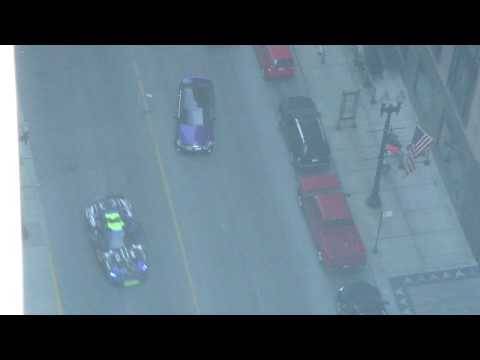 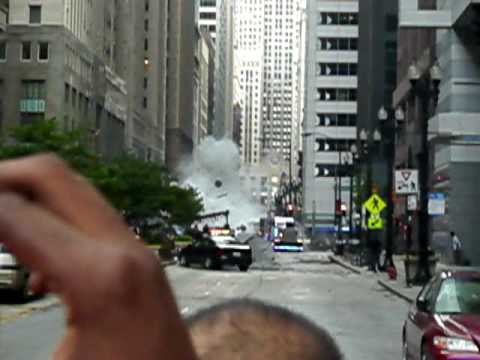