Attorneys for both sides have finished making their arguments for which jurors should be booted because of bias.

Among those cut this morning are a man with personal knowledge of the Teachers Retirement System who had also contributed to Children's Memorial Hospital. Blagojevich is accused of corruption involving both of those organizations.

The man said on his questionnaire that he was biased toward a guilty verdict. Though the government argued that he was "rehabilitated" during questioning, the judge said, "I didn't believe him."

Rod Blagojevich's lawyers began making their final, crucial jury decisions Monday, ahead of the real drama in the former governor's racketeering and fraud trial — one of the biggest such cases in the history of this corruption-plagued state.

Blagojevich has pleaded not guilty to scheming to profit from his power as governor to fill the Senate seat President Barack Obama left to move to the White House. He also denies plotting to pressure campaign donors illegally and launching a scheme to divide the hefty dividends with advisers after he left office.

Judge James B. Zagel resumed the questioning of about 30 more jurors Monday, after quizzing 59 potential jurors in two days and booting out 20 over objections from both sides. The final panel will be whittled down to 12 jurors plus alternates Tuesday before lawyers launch into their opening statements. 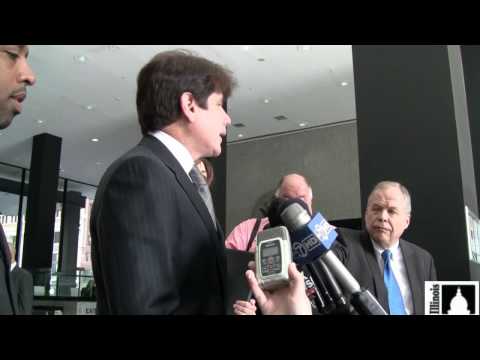