"There was a crew working on the line and they apparently ruptured it somehow, and caused an explosion," Cleburne, Texas, City Manager Chester Nolen told CNN in a telephone interview.

"We've heard between three and 10 people are unaccounted for," Nolen said. "The facts are very fluid right now. We're trying to pull together information from three hospitals."

A Texas state trooper said eight workers from Brazos Electric, a generation and transmission cooperative, were digging a hole near the pipe when the blast occurred. 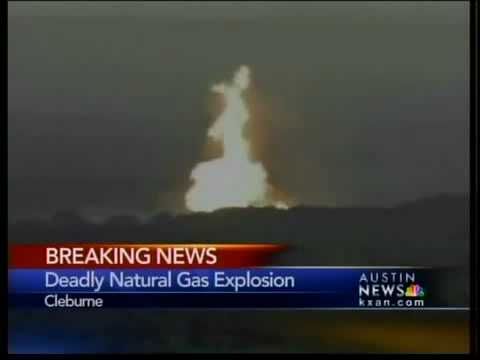