As the Lakers parade came to an end, fans exulted in their team's victory and in the joy of coming together as Angelenos to celebrate.

But many said the celebration might have been more comfortable had the city and Staples Center provided more portable toilets. They also bemoaned the lack of a rally at the Coliseum as had been held last year.

Jackson, 64, missed the celebration because of medical appointments he had scheduled that could not be changed, according to Lakers spokesman John Black.

Jackson has said he would decide whether to return as Lakers coach by June 27 and that his health would trump contract negotiations in the decision-making process. Jackson earned $12 million for the 2009-10 season, but sources have indicated Lakers owner Jerry Buss might ask Jackson to take a significant pay cut. 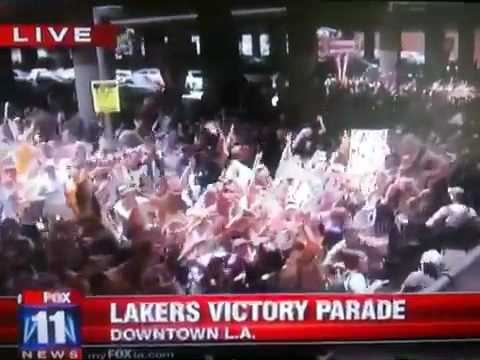 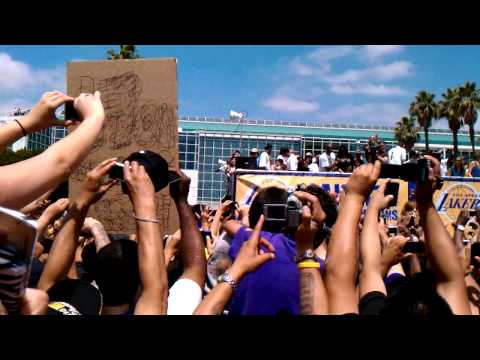