After being held in Israel for two days, all of the Gaza aid flotilla activists are expected to be deported within hours on Wednesday, an Israeli official said.

"There are about 500 of them doing the check-in now (at the Ben Gurion International Airport). They're about to board three planes, " Israeli Interior Ministry spokeswoman Sabin Hadad told Xinhua Wednesday evening, adding "in the next few hours they will be at home."

Israel says it is speeding up deportation of hundreds of pro-Palestinian activists who were aboard ships stormed by Israeli commandos this week. The raid in the Mediterranean this week killed nine activists and sparked a storm of worldwide protests.

More than 100 deported activists have arrived at the Jordanian border.

Speaking to the Sydney Morning Herald from on board a plane waiting on the tarmac at Tel Aviv's Ben Gurion airport this morning, McGeough said: "We are leaving Israel on legal advice that we will be able to appeal our deportation in absentia. Kate's health is fine, she is recovering." 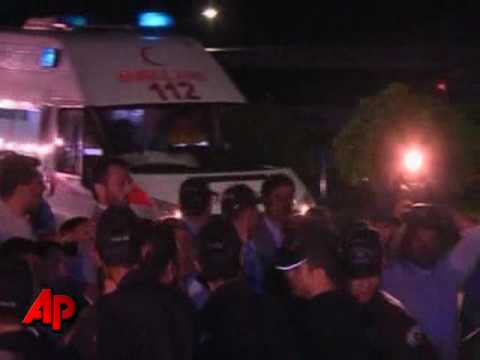