President Obama accused BP of "recklessness" in the first Oval Office address of his presidency tonight and swore not to rest until the company has paid for the damage it has caused to lives, businesses, and shorelines.

He announced that he had asked former Mississippi Gov. Ray Mabus to develop a long-term Gulf Coast Restoration Plan—to be funded by BP—in concert with local states, communities, fishermen, conservationists and residents "as soon as possible."

All we got from President Obama was a vague call for some sort of new energy policy. Plus a Gulf Coast Restoration Plan, an oil spill study commission, a reminder that the secretary of energy won a Nobel Prize in physics and 17 references to God, prayer, blessings or faith. 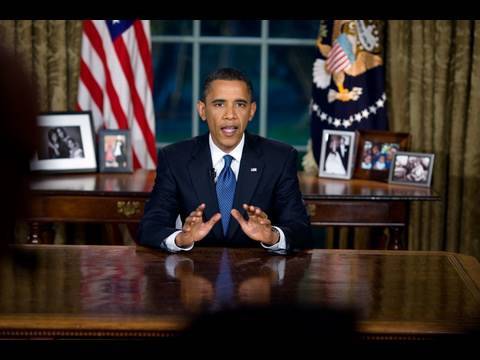