Jimmy Dean, a country singer and television-show host whose good looks, folksy integrity and aw-shucks Texas charm served him especially well when he went into the sausage business and became his own pitchman, died Sunday at his home in Varina, Va., outside Richmond. He was 81.

His wife, Donna Meade Dean, told The Associated Press that he died suddenly while watching television.

Funeral services have been set for Jimmy Dean.

There will be a visitation for Dean at the the Nelson Funeral Home on Laburnum Avenue this Sunday from noon until 8 p.m.

Dean's funeral is set for Monday, June 21st beginning at 11 a.m. at the Grove Avenue Baptist Church on Ridge Road.

Dean will be laid to rest in a private ceremony at his home in Varina.

A Virginia resident since 1990, Dean was inducted into the Virginia Country Music Hall of Fame in 1997. Former Virginia governor Jim Gilmore appointed Dean to the Virginia Board of Game and Inland Fisheries, which oversees the state's wildlife efforts and boating laws.

In the fall of 2004, he released his blunt, straight-talking autobiography 30 Years of Sausage, 50 Years of Ham. Dean lived in semi-retirement with second wife, Donna Meade Dean, a singer, songwriter, and recording artist he married in 1991, who helped him write his book. The couple lived on their property at Chaffin's Bluff overlooking the James River in Henrico County, on the outskirts of Richmond, Virginia. On April 20, 2009, the main house was largely gutted by a fire, although the Deans escaped injury. The Deans rebuilt their home on the same foundation and returned early in 2010.

Dean, who dropped out of high school in 1946 to work to help his mother, announced on May 20, 2008, a donation of $1 million to Wayland Baptist University in Plainview, the largest gift ever from one individual to the institution. Dean said: "I've been so blessed, and it makes me proud to give back, especially to my hometown."

On February 23, 2010, Dean was inducted into the Country Music Hall of Fame. He was to have been inducted in October.

Dean died at the age of eighty-one on June 13, 2010, of natural causes at his home in Varina, Virginia. He is also survived by his second wife Donna and his nephew, country music singer Billy Dean.

He will be entombed in a 9-foot-tall (2.7 m) piano-shaped mausoleum overlooking the James River on the grounds of his estate. His epitaph reads "Here Lies One Hell of a Man". 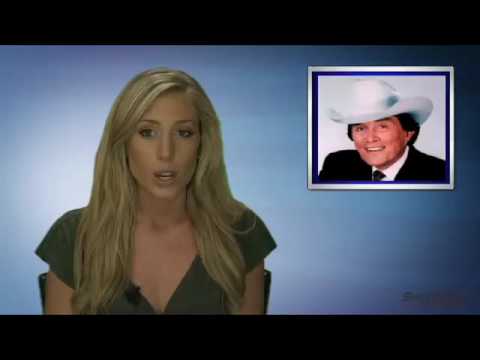