More than 10 people have been killed after Israeli naval commandos boarded six aid ships in a convoy heading towards the Gaza Strip.

The fleet was carrying aid to the area, which is under a naval blockade. Israeli troops were attacked with guns, knives and clubs when they boarded the ships after having given repeated warnings, the Israeli ministry of foreign affairs said.

Turkey, Israel’s most important friend in the Muslim world, recalled its ambassador and canceled planned military exercises with Israel as the countries’ already tense relations soured even further. The United Nations Security Council met in emergency session over the attack, which occurred in international waters north of Gaza, and Prime Minister Benjamin Netanyahu of Israel was flying home after canceling a Tuesday meeting with President Obama.

Israel's storming of the six-ship flotilla -- resulting in the deaths of at least nine Palestinian activists while leaving seven Israeli soldiers wounded -- forces the Obama administration to seek a middle-ground response that offends neither.

Evidence of the crumbling Israeli-Turkey relations was everywhere Monday, from the chamber of the U.N. Security Council in New York to the streets of both countries.

GAZA FLOTILLA ACTIVISTS WERE SHOT IN HEAD AT CLOSE RANGE

Israel was tonight under pressure to allow an independent inquiry into its assault on the Gaza aid flotilla after autopsy results on the bodies of those killed, obtained by the Guardian, revealed they were peppered with 9mm bullets, many fired at close range. 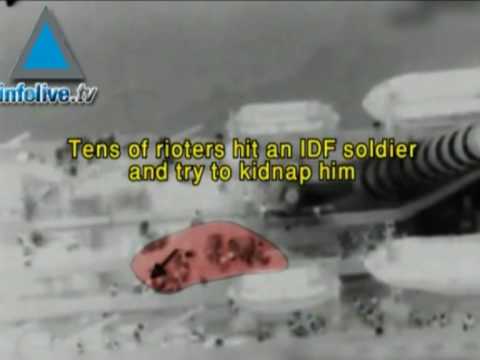