Brown—whose handling of Hurricane Katrina's aftermath won praise from few apart from President Bush—says that Obama waited for the oil spill to worsen so he could shut down offshore drilling, the Huffington Post reports.

Brown, most infamous for his response to Hurricane Katrina, told Neil Cavuto that Obama and his administration are thrilled by the current disaster in the Gulf. "This is exactly what they want, because now he can pander to the environmentalists and say, 'I'm gonna shut it down because it's too dangerous,'" Brown said. "This president has never supported big oil, he's never supported offshore drilling, and now he has an excuse to shut it back down." 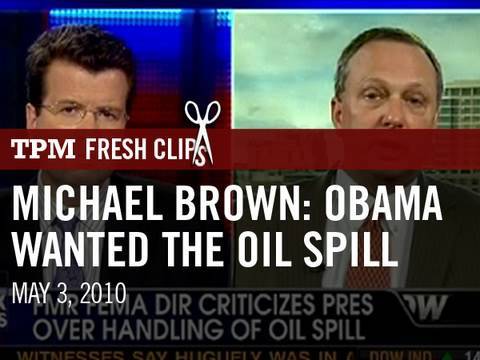 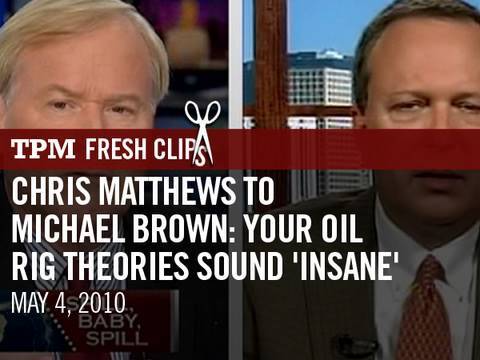