Wails of sadness echoed across a snowcapped mountaintop Tuesday as relatives grieved over 44 people aboard a passenger plane that crashed into a northern Afghan range a day earlier.

Government and NATO rescue helicopters whirred overhead in a so-far fruitless search for the wreckage of the Pamir Airways flight, which vanished with no distress call while flying from the city of Kunduz to the capital, Kabul.

Three British citizens and an American were among the passengers, U.S. and British diplomats said. The nationalities of two other foreigners aboard the plane were not immediately available.

An Antonov 24 passenger plane, operated by Pamir Airways, crashed in a mountain pass in Afghanistan. The airplane, had left Kunduz Airport (UND/OAUZ) on a domestic passenger flight PM1102 to Kabul Airport (KBL/OAKB). There were five crew members and 38 passengers on board, according to a government spokesman. Heavy fog was reported in the area.
Aircrews from the Afghan National Army Air Corps (ANAAC) and ISAF have located the wreckage May 19. The site is located at approximately 13,500 feet (4,100m) in Shakar Darah district, Kabul Province. The wreckage was scattered over the mountainside; no survivors have been sighted. Pending confirmation, the fatalitity index is presumed.

An Afghan passenger plane with 44 people on board has crashed between Kunduz and Kabul, officials say.

The Pamir Airways plane is thought to have gone down near the Salang Pass, a mountainous area about 60 miles (100km) north of the capital, Kabul.

The plane had been missing since early morning. Officials said six foreigners were on board, including three Britons.

A passenger plane carrying 44 people on an internal flight between Kunduz and Kabul has crashed in a mountainous area of northern Afghanistan.

The Russian-made AN-24 aircraft, which had 38 passengers and six crew members on board, crashed in remote mountains between the two cities on Monday, officials said.

"A passenger plane belonging to Pamir Airways with 38 passengers and six crew on board took off today from Kunduz province around 08.30 and was in touch with Kabul airport until 09.10," Mohammadullah Bataz, the acting transport minister, said as he visited the suspected crash site. 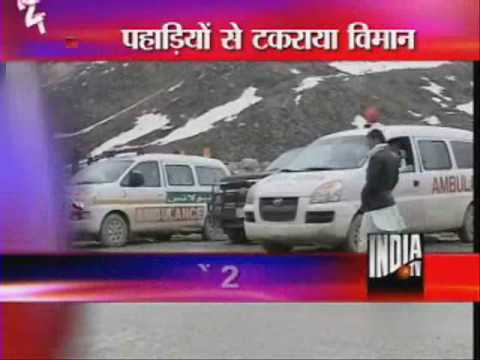