The city of Toledo will kick off the festivities at 11:30 a.m. Friday in downtown in front of Owens Corning, with a parade to run down Summit Street to Madison Avenue and Promenade Park.

Mayor Mike Bell will lead the event on his Harley-Davidson and Bowersox will ride in a car at the end of the parade. It's possible high school bands will participate as well, Jennifer Sorgenfrei, spokesman for the mayor's office, said. The entire parade run is expected to last about 20 minutes.

"[American Idol] is just looking to shoot three minutes of video" footage of the parade for the show, Ms. Sorgenfrei said.

The American Idol contestant arrived at a private airstrip Thursday night -– then it was right down to business. She visited a local FOX station and, on Friday morning, dropped into three local radio stations.

After a few more whirlwind stops, it was time for the big event: Bowersox’s parade and concert in downtown Toledo, where she received a glass key to the city from Mayor Michael Bell. She also performed her original song “Holy Toledo,” which has been getting airplay in northwest Ohio, to about 5,000 people, many who sang along and cried. 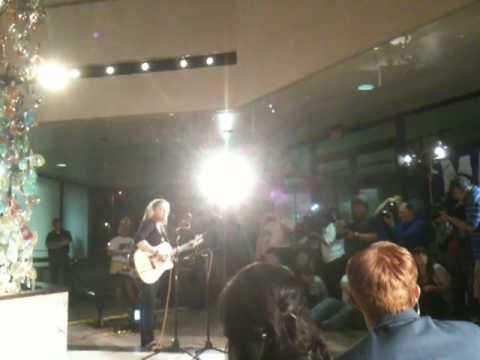