For his second Saturday Night Live performance of the night, Justin Bieber broke out a fan favorite: the ballad U Smile.

Justin sung the song standing in the middle of the stage with two hands fixed on his microphone for most of the performance. He left most of the dance moves to his backing dancers. Perhaps he was a little intimidated by the stage.

He returned to his marginally charming, flirtatious self by the end of the song, flirting with SNL guest host Tina Fey by singing “when Tina smiles, I smile.”

Earlier in the night, Justin performed his single, Baby, and appeared in a hilarious skit. He’s appearing on the famous comedy show to promote his new album, My World 2.0. 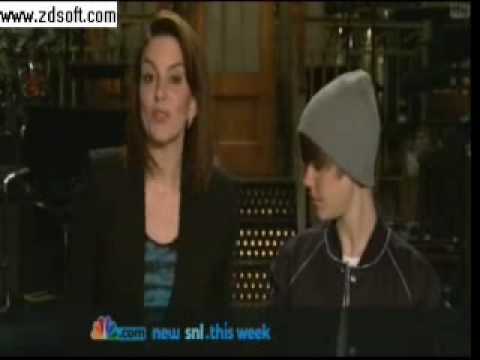 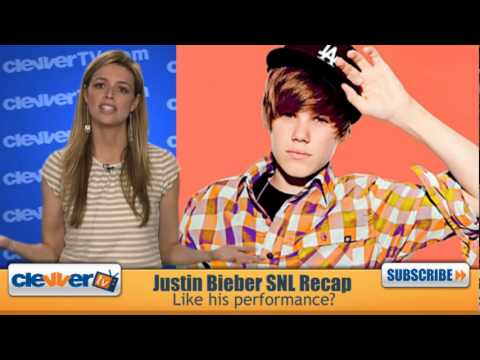