His publicist, B. Harlan Boll, said the cause was complications of pneumonia, following a yearlong battle with cancer. Mr. Forsythe had earlier received a diagnosis of colon cancer, and in 1979 underwent quadruple bypass surgery.

Actor John Forsythe died Thursday of complications from pneumonia. He was 92.

A movie leading man in his early career, Forsythe is best known on television for his nine year run as patriarch of the wealthy Carrington family on the primetime ABC soap opera “Dynasty,” which debuted in 1981.

Actor John Forsythe has died at the age of 92, his publicist said Friday.

He died Thursday in Santa Ynez, California, from complications from pneumonia after a year-long struggle with cancer, according to a statement from his publicist.

"Thankfully, he died as he lived his life -- with dignity and grace," the statement said.

The identity of the actor supplying the voice of Charlie on Charlie's Angels was supposed to be a secret. "Well, it proved as big a secret as Pearl Harbor," John Forsythe once recalled.

Forsythe, the rare star who was recognizable to audiences whether he was seen presiding over Dynasty catfights or unseen doling out assignments on Charlie's Angels, died Thursday of pneumonia amid a yearlong battle with cancer, his family said today. He was 92.

Dynasty foe Joan Collins remembered Forsythe as "one of the last true gentlemen of the acting profession." Daughter Brooke Forsythe said her father "died as he lived his life, with dignity and grace." 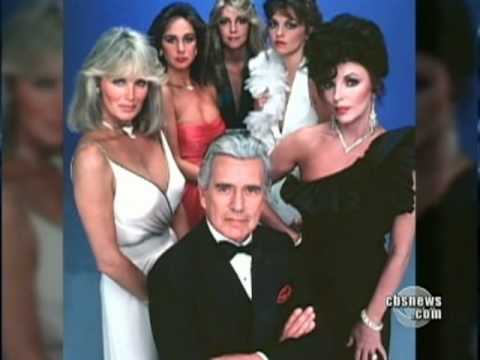