Robert Culp, who teamed with Bill Cosby as a secret agent in the hit 1960s television series “I Spy” and starred as one of the sexually adventurous title characters in the 1969 film “Bob & Carol & Ted & Alice,” died on Wednesday in Los Angeles.

His agent, Hillard Elkins, said that Mr. Culp apparently died of a heart attack after collapsing outside his home.

Robert Culp, a dashing actor who earned his most enduring fame for his starring role opposite Bill Cosby in the hit 1960s espionage TV series "I Spy" and as part of the swinging quartet of suburban lovers in the 1969 film comedy "Bob & Carol & Ted & Alice," died March 24 at a hospital in Los Angeles after a fall near his home. He was 79.

'He was the big brother that all of us wish for,' said his co-star on the show, Bill Cosby. The Emmy-nominated Culp also won plaudits for his role in the 1969 movie 'Bob & Carol & Ted & Alice.'

Robert Culp, the veteran actor best known for starring with Bill Cosby in the classic 1960s espionage-adventure series "I Spy" and for playing Bob in the 1969 movie "Bob & Carol & Ted & Alice," died Wednesday morning. He was 79.

The 79-year-old Culp often went hiking at Runyon Canyon, a park near his Hollywood Hills apartment. On the morning of March 24, 2010, Culp left the apartment to go for a walk. A jogger found him lying on the sidewalk near the lower entrance of Runyon Canyon. Police and paramedics were summoned, but were unable to revive him. Culp was pronounced dead at a little after 11:00 a.m. at Hollywood Presbyterian Medical Center. Although initial police reports indicated that Culp died from striking his head when he fell, it was later determined that he collapsed and died due to a massive heart attack. The only injury from the fall was a minor cut on his head. On April 10, 2010, a private memorial service was held at the Egyptian Theatre in Los Angeles with Culp's family, friends and fans attending. At the time of his death Culp had just completed filming a supporting role in The Assignment. He was working on several screenplays. One of those screenplays, an adaptation of Terry and the Pirates, had already received financing and was scheduled to begin shooting later this year in Hong Kong with Culp directing. Terry and the Pirates was Culp's favorite comic strip as a child and it was his lifelong dream to make a film based on it. 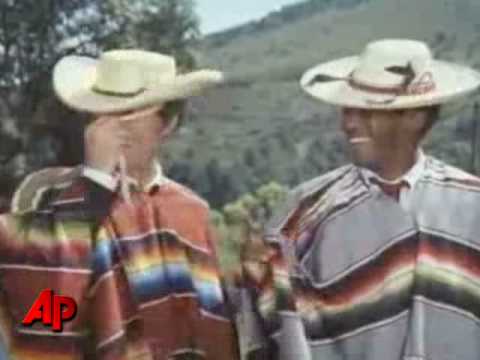