For the past two months, Chinese authorities have been trying to deal with a string of vicious attacks on young children in rural elementary schools.

They have clamped down on news coverage, citing fears of copycat crimes and called for heightened school security. But on May 12, a man stormed a village school in Shaanxi Province and hacked to death seven children and two adults. It was the fifth attack since March, all involving middle-aged men using knives, cleavers or tools. Seventeen people have been killed and nearly 100 wounded in the attacks.

China's Premier Wen Jiabao has said a spate of fatal attacks on schools shows the country has "social tensions" which must be addressed.

Wen Jiabao's comments, to a Hong Kong television channel, are the most direct official remarks on the violence.

At least 17 people, mostly children, have been killed and dozens injured in a series of apparently random bloody attacks in the past two months.

Early in the morning on March 23, Zheng Minsheng walked in front of an elementary school in Fujian province. Wielding a knife, he attacked the students who happened to be around, killing eight and wounding several others.

Authorities said Zheng, 42, carried out the attack because he was frustrated at "failures in his romantic life," according to the official Xinhua News Agency. Whatever his real motive was, the senseless killing, reported widely by the Chinese media, shocked the nation. Zheng was tried, sentenced to death and executed on April 28.

China was racked by two knife attacks in schools in the span of two days that in turn followed a March 23 attack in which eight children were killed.

A man with a knife wounded 29 children and three adults in a kindergarten in east China's Jiangsu province Thursday, a day after a man in southern China's Guangdong province went on a stabbing spree, wounding 15 students and a teacher. Wednesday's attack came just hours after the execution of the stabber in the March attack.

More than 10 men armed with knives burst into two dormitories at a vocational college early on Wednesday and slashed nine students, two of them seriously, sparking new fears in a country already on edge following a series of horrific assaults.

Four students had been wounded in an earlier confrontation between the two groups, bringing the total number of injured to 13, according to local authorities.

The predawn attack took place in Haikou, the capital of South China's island province of Hainan, when more than 10 men burst into two dormitories at the Hainan Institute of Science and Technology and randomly started hacking at students. 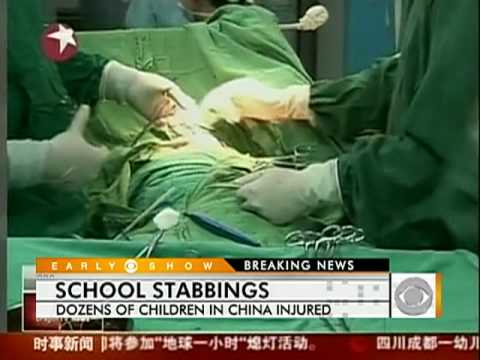 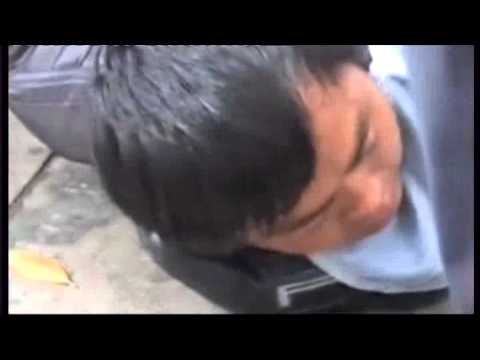