Eyjafjallajoekull, which is currently filling the sky above northern Europe with ash, is a minor player in Icelandic terms - though its last eruption lasted for more than a year, from December 1821 to January 1823.

The most ominous thing about Eyjafjallajoekull is that its eruptions have historically preceded eruptions by one of Iceland's most feared volcanoes, Katla.

Fortunately, Katla, one of the two so-called Angry Sisters, has shown no sign of unusual activity in 2010.

Authorities have evacuated hundreds of people after a volcano erupted beside a glacier in southern Iceland, but there were no immediate reports of damage or injuries.

The eruption occurred around 11.30pm yesterday, beside the Eyjafjallajokull glacier, the fifth largest in Iceland.

Authorities initially said the eruption was below the glacier, triggering fears that it could lead to flooding from ice melting, but scientists conducting an aerial survey today located the eruption and said it did not occur below the ice level.

Recriminations are growing over the costs of the six-day airspace shutdown as thousands of Britons continue their slow journey back to the UK.

Airlines want compensation for the volcanic ash disruption, estimated to have cost the industry more than £1bn.

Ryanair has now said it will abide by EU rules and pay for stranded passengers' food and accommodation.

The 2010 eruptions of Eyjafjallajökull are a timeline of volcanic events at Eyjafjöll in Iceland which, although relatively small for volcanic eruptions, caused enormous disruption to air travel across western and northern Europe over an initial period of six days in April 2010. Additional localised disruption continued into May 2010. The eruption was declared officially over in October 2010, when snow on the glacier did not melt.

Seismic activity started at the end of 2009 and gradually increased in intensity until on 20 March 2010, a small eruption started rated as a 1 on the Volcanic Explosivity Index.

Beginning on 14 April 2010, the eruption entered a second phase and created an ash cloud that led to the closure of most of Europe's IFR airspace from 15 until 20 April 2010. Consequently, a very high proportion of flights within, to, and from Europe were cancelled, creating the highest level of air travel disruption since the Second World War.

The second phase of the eruption started on 14 April 2010 and resulted in an estimated 250 million cubic metres (330,000,000 cu yd) (¼ km3) of ejected tephra. The ash plume rose to a height of approximately 9 kilometres (30,000 ft), which rates the explosive power of the eruption as a 4 on the Volcanic Explosivity Index.

By 21 May 2010, the second eruption phase had subsided to the point that no further lava or ash was being produced.

By the morning of 24 May 2010, the view from the web camera installed on Þórólfsfell showed only a plume of water vapour surrounded by a blueish haze caused by the emission of sulphurous gases. 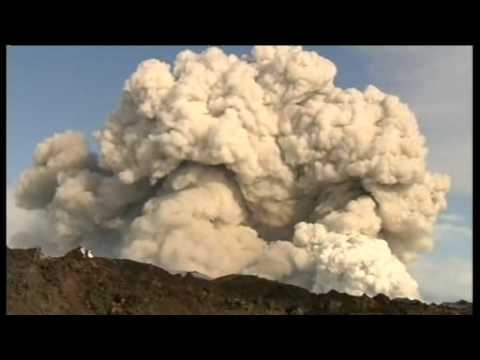 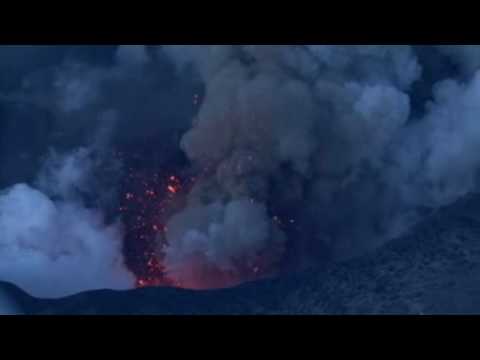