Dawn Brancheau is Killed by an Orca Whale at SeaWorld Orlando

The 40-year-old woman, identified by sheriff's spokesman Jim Solomons as Dawn Brancheau, was in the whale holding area about 2 p.m. when "she apparently slipped or fell into the tank and was fatally injured by one of the whales," he said.

The brush of a trainer's ponytail against the nose of a killer whale appears to have been what sparked the whale's attack. Within seconds, in view of spectators, the giant creature had grabbed her hair, pulled her under water and drowned her.

The two had known each other for 16 years, ever since Dawn Brancheau began working as a trainer with killer whales at SeaWorld Orlando. The whale, Tilikum, or Tilly as all the trainers call him, had been brought from a park in Canada a couple of years previously.

Veteran SeaWorld trainer Dawn Brancheau, 40, was killed in Orlando during a show at the park in February in front of a large crowd that had gathered at the famed Florida water park for what should have been a routine show with the whales. The autopsy has now been released on the cause of death and the report shows that trainer attacked by the killer whale named Tillikum died of drowning and blunt-force trauma to her head, neck and torso. 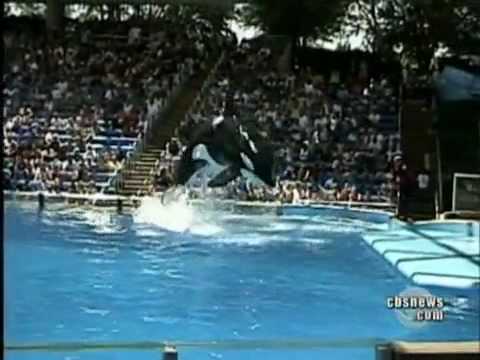