Rod Blagojevich is scheduled to appear tonight on Fox News Channel's 'Geraldo at Large' for a live interview, according to The Publicity Agency, the PR firm that represents the former Illinois governor.

"Geraldo Rivera has always been enormously fair when it comes to the governor," says Glenn Selig, Blagojevich's spokesman. "Fairness is critical."

"Geraldo at Large" airs at 10pm ET on the Fox News Channel.

He will answer questions about what happened in court last week--which included his attorneys filing a petition asking that ALL the secretly recorded tapes be played, not just edited versions. 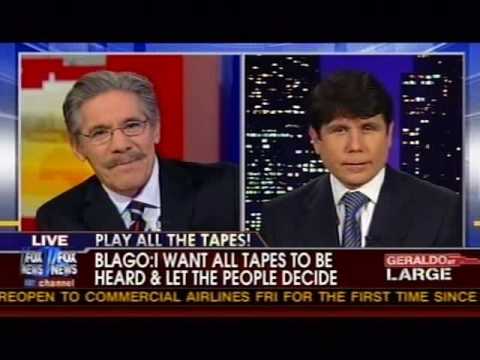