Former Venezuelan President Carlos Andres Perez, whose popularity soared with his country's oil-based economy but who later faced riots, a severe economic downturn and impeachment in his homeland, has died in Miami, his family said Saturday.

"He was happy and well when he awoke this morning. Suddenly he had difficulty breathing," she told The Associated Press by telephone.

Former Venezuelan President Carlos Andres Perez died on Saturday at the age of 88 at a hospital in Miami, local media reported.

His family has confirmed his death. "He woke up in the morning in very good spirits," Globovision reported, quoting his daughter Maria Francia.

Perez went to live in Miami in recent years, a way to dodge trail by the Venezuelan government for his role in cracking down riots in 1989.

On 25 December 2010, he was rushed to Mercy Hospital in Miami, where he died that afternoon. His cause of death was initially reported as a heart attack, but was later referred to as "respiratory failure". Chávez offered condolences, but commented that he hopes Pérez's way of governing would not return to the country: "May he rest in peace. But with him... may the form of politics that he personified rest in peace and leave here forever." Pérez's relatives in Miami said that Pérez would be buried in Miami and that they have no intention of returning his remains to Venezuela until Chávez is no longer in office. 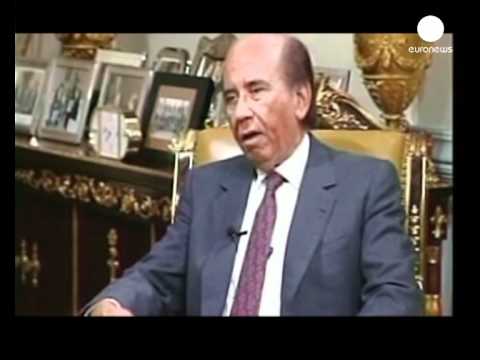