Lunar Eclipse - First One on Winter Solistice Since 1638

In 2010, for the first time since 1638, a total lunar eclipse falls on the winter solstice—a stargazing event almost anyone in North America will be able to see tonight, weather permitting.

Occurring at 6:38 p.m. ET Tuesday, the 2010 winter solstice marks the official beginning of winter in the Northern Hemisphere. The shortest day of the year boasts the year's longest shadows and fewest daylight hours.

It's all due to the Northern Hemisphere being tilted farther from the sun than at any other point during the year. As a result, the sun follows its lowest arc of the year across the sky. (Get more winter solstice facts.)

In the early morning hours of the winter solstice day, many sky-watchers will see the first shadings of a total lunar eclipse.

The entire lunar eclipse will be best seen from North America and western South America. In most of Europe and Africa, the moon will dip below the horizon in mid-eclipse.

Stargazers who were willing to give up a little sleep got to catch the last lunar eclipse of 2010 early Tuesday.

The total lunar eclipse lasted about three and a half hours, starting as a partial eclipse about 1:33 a.m. ET and finishing at 5:01 a.m. ET, according to NASA.

As a coincidence, the eclipse fell on the same date as the 2010 winter solstice. The last lunar eclipse to happen on the day of the winter solstice was in 1638.

"For eclipse watchers, this means that the moon will appear very high in the night sky, as the solstice marks the time when Earth's axial tilt is farthest away from the sun," NASA said. 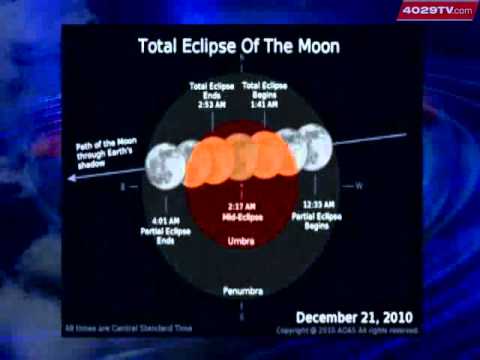 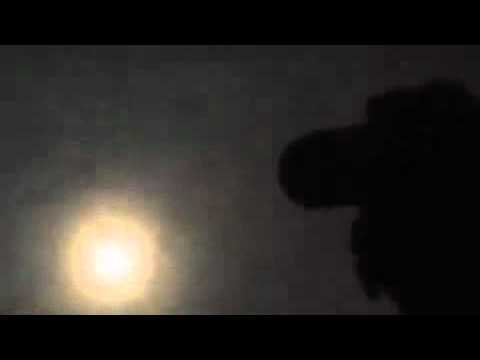