A new species of bacteria found in California's Mono Lake is the first known life-form that uses arsenic to make its DNA and proteins, scientists announced today.

(Get a genetics overview.)

Dubbed the GFAJ-1 strain, the bacteria can substitute arsenic for phosphorus, one of the six main "building blocks" for most known life. The other key ingredients for life are carbon, hydrogen, oxygen, nitrogen, and calcium.

Arsenic is toxic to most known organisms, in part because it can mimic the chemical properties of phosphorus, allowing the poison to disrupt cellular activity.

The first organism able to substitute one of the six chemical elements crucial to life has been found.

The bacterium, found in a California lake, uses the usually poisonous element arsenic in place of phosphorus.

The find, described in Science, gives weight to the long-standing idea that life on other planets may have a radically different chemical makeup.

It also has implications for the way life arose on Earth - and how many times it may have done so.

One of the basic assumptions about life on Earth may be due for a revision. Scientists have discovered a type of bacteria that thrives on poisonous arsenic, potentially opening up a new pathway for life on Earth and other planets.

If you thumb through an introductory biology textbook, you'll notice that six elements dominate the chemistry of life. Carbon, hydrogen, oxygen and nitrogen are the most common. After that comes phosphorus, then sulfur. Most biologists will tell you that these six elements are essential; life as we know it cannot exist without them.

The recent discovery by Felisa Wolfe-Simon of an organism that can utilize arsenic in place of phosphorus, however, has demonstrated that life is still capable of surprising us in fundamental ways. The results of her research will appear in Dec. 2 issue of the journal Science.

The organism, GFAJ-1, was cultured and discovered by Felisa Wolfe-Simon, a NASA astrobiology fellow in residence at the US Geologic Survey in Menlo Park, California. The organism was isolated and cultured beginning in 2009 from sediments she and her colleagues collected along the shore of Mono Lake, California, U.S.A. Mono Lake is hypersaline and highly alkaline. It also has one of the highest natural concentrations of arsenic in the world. The discovery was widely publicized on December 2, 2010.

On the tree of life, according to the results of 16S rRNA sequencing, the rod-shaped GFAJ-1 nestles in among other salt-loving bacteria in the family Halomonadaceae. Many of these bacteria are known to be able to tolerate high levels of arsenic, but GFAJ-1 can go a step further. When starved of phosphorus, it can instead incorporate arsenic into its DNA and continue growing. By introducing radioactive arsenic into the growth medium of some of the microbes, Wolfe-Simon learned that approximately one-tenth of the arsenic absorbed by the bacteria ended up in their nucleic acids. Within the DNA extracted from GFAJ-1 cells starved of phosphorus, arsenic bonded to oxygen and carbon in the same way phosphorus bonds to oxygen and carbon in normal DNA, and found that when cultured in arsenate solution it grew 60% as fast as it did in phosphate solution — not as well, but still robustly.

When the researchers added radio-labelled arsenate to the solution to track its distribution, they found that arsenic was present in the cellular fractions containing the bacterium's proteins, lipids and metabolites such as ATP and glucose, as well as in the nucleic acids that made up its DNA and RNA.

A critic has suggested that perhaps the trace contaminants in the growth medium used by Wolfe-Simon in her lab cultures are sufficient to supply the phosphorus needed for the cells' DNA. He thinks it's more likely that arsenic is being used elsewhere in the cells. What is needed next is to know which molecules in the cell have arsenic in them, and whether these molecules are active and functional.

A bacterium found in the arsenic-filled waters of a Californian lake is poised to overturn scientists' understanding of the biochemistry of living organisms. The microbe seems to be able to replace phosphorus with arsenic in some of its basic cellular processes — suggesting the possibility of a biochemistry very different from the one we know, which could be used by organisms in past or present extreme environments on Earth, or even on other planets. 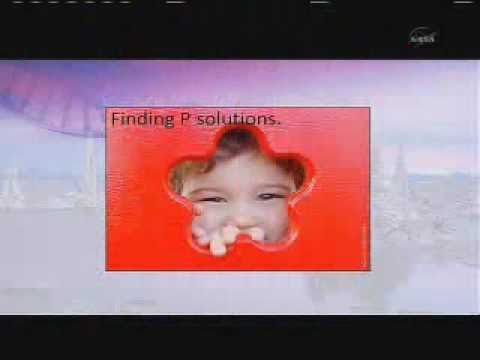 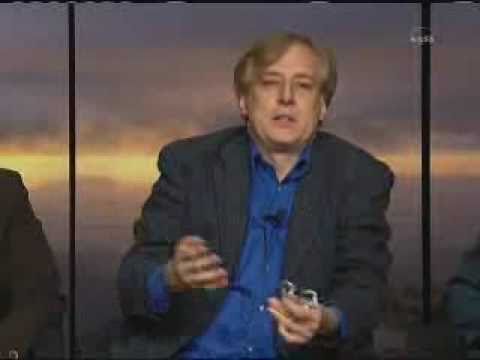