The death toll from the Christmas Island shipwreck could rise as high as 50, Prime Minister Julia Gillard confirmed today.

Ms Gillard told a Canberra press conference that the Australian Federal Police believe there were around 90 people on board the asylum seeker boat which broke up after hitting rocks on Wednesday.

The AFP says 30 bodies have been recovered so far and between 15 and 20 people remain unaccounted for, taking the possible death toll to 50.

More than two dozen people thought to be seeking asylum in Australia died Wednesday after their boat smashed into the rocks of Christmas Island, setting off a desperate rescue effort by the Australian authorities.

Twenty-seven bodies had been retrieved while another 41 passengers were pulled from the ocean, according to the Australian Customs and Border Protection Service. One person aboard the small boat reached the island independently, the agency said.

There were 42 survivors from the crash two days ago and the total number of passengers on the boat is unclear, a customs statement said. Prime Minister Julia Gillard, who returned from leave after the incident, warned yesterday that more bodies would be found.

About 145 Australian customs, police and medical officers will today continue the search and salvage operation, the government said in a statement. An identification unit has been established for the victims and there will a coronial inquest.

On 15 December 2010, a boat carrying around 90 asylum seekers sank off the coast of Christmas Island, an Australian territory in the Indian Ocean, killing at least 30 people aboard; 42 survivors have been recovered. Refugees included children, women and men of Iraqi, Iranian and Kurdish origin; they are thought to have been making their way to Australia by way of Indonesia. At about 6.30 a.m. local time the boat collided with rocks at Flying Fish Cove and was then smashed against the nearby cliffs, complicating rescue attempts. 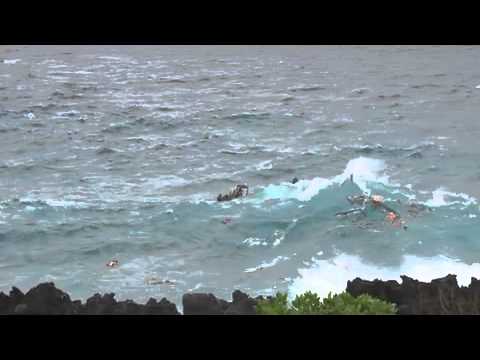