Richard C. Holbrooke, the high-octane diplomat who spearheaded the end of the Bosnian war and most recently served as the Obama administration's point man in the volatile Afghan-Pakistani war zone, has died, officials said.

The 69-year-old diplomat died Monday at George Washington University Hospital in Washington. He was admitted last Friday after feeling ill. Doctors performed surgery Saturday to repair a tear in his aorta.

Richard Holbrooke, a brilliant and feisty U.S. diplomat who wrote part of the Pentagon Papers, was the architect of the 1995 Bosnia peace plan and served as President Barack Obama's special envoy to Pakistan and Afghanistan, died Monday, the State Department said. He was 69.

Richard Holbrooke, a veteran U.S. diplomat who was the architect of the 1995 Bosnia peace plan and served as President Barack Obama's special envoy to Pakistan and Afghanistan, has died, NBC News reported, citing a U.S. official. He was 69.

Holbrooke's forceful style earned him nicknames such as "The Bulldozer" or "Raging Bull." He was admitted to George Washington University Hospital on Friday after he became ill. He had surgery on Saturday to repair a torn aorta.

Richard C. Holbrooke, the Obama administration’s special representative for Afghanistan and Pakistan since 2009 and a diplomatic troubleshooter who worked for every Democratic president since the late 1960s and oversaw the negotiations that ended the war in Bosnia, died Monday evening in Washington. He was 69 and lived in Manhattan.

On December 11, 2010, Holbrooke was admitted to George Washington University hospital in Washington after falling ill at the State Department's headquarters. While there, he underwent twenty hours of surgery to fix an aortic dissection, a rare condition. He died on December 13, 2010, from complications of the torn aorta. According to the Washington Post, Holbrooke's last words were to his surgeon: "You've got to end this war in Afghanistan." Holbrooke is survived by wife Kati Marton, his two sons David Holbrooke and Anthony Holbrooke and their families, and his two stepchildren, Christopher and Elizabeth Jennings. 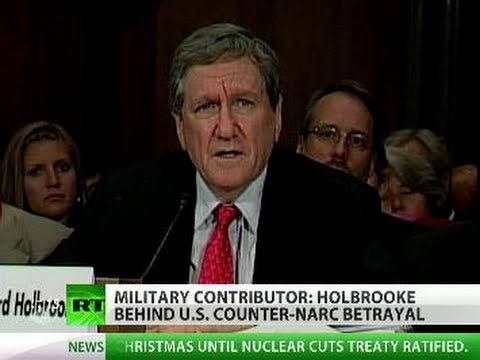 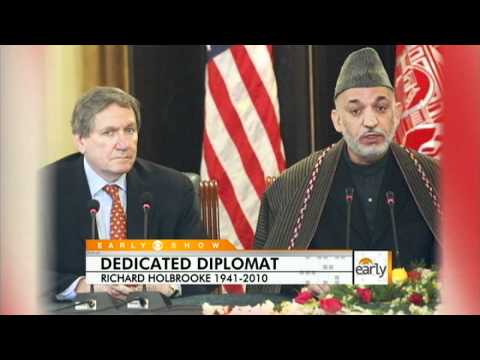